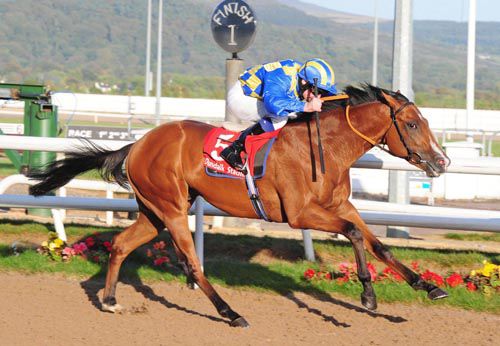 Sors, who was a Roman god of luck, made all and was clear early in the home straight. The son of Acclamation maintained a strong gallop to beat Ostatnia by a length and a quarter.

Slattery later stated “he had two grand runs but then got very weak and had a bad dose of ringworm. He's in the Redcar Trophy (Sales race) next Saturday (October 4) but if that comes too soon he could go for the Birdcatcher.

“He's a decent horse and worked really well with An Saighdiur (103 rated stablemate) last week and beat him by six lengths. I wasn't going to run An Saighdiur in the Ayr Gold Cup because of that but he did run and ran well.”