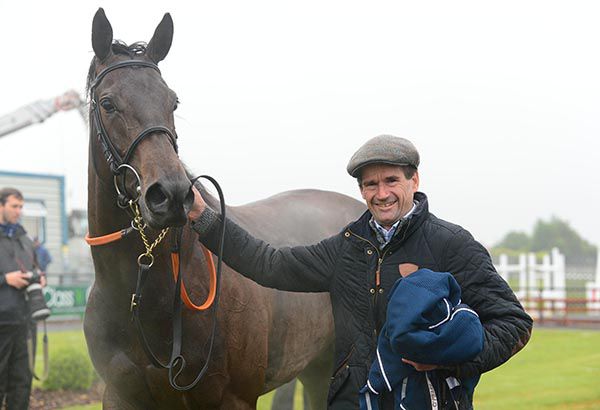 The market principals dominated the places in the extended 10 furlong fillies' maiden in Roscommon with Noble Music making virtually all.

This was a first training success for Michael O'Meara who trains near Nenagh in Co Tipperary.

She was pushed along leaving stall 13 by Declan McDonogh to grab an early lead.

Her market rival, Roving Music, moved into a threatening second at the two pole, however Noble Music had plenty more to give when McDonogh asked her.

The 5/4 favourite forged on strongly up the hill in the final furlong to increase her lead to four and a half lengths at the winning post.

Roving Mission (11/8) could make no impression and took the runner-up spot. She was eight lengths in front of 4/1 chance Beauty Of Deira, though.

Michael O’Meara said: “I haven’t had the licence that long and it’s been a bit stop go since I started.

"I’ve got 12 horses in at the moment and the rest of them are backward two-year-olds for the end of the year or next year.

“I was in America for ten years and I worked with Liam McAteer and Charles O’Brien here.

“We’ll probably step her up now to a good handicap. She handled the ground well and could be a good dual-purpose mare down the road.”

Noble Music had attempted the same tactics over course and distance in June, but was beaten a length and a quarter into second by the favourite that day. She had Roving Mission behind her in third and confirmed the form today.