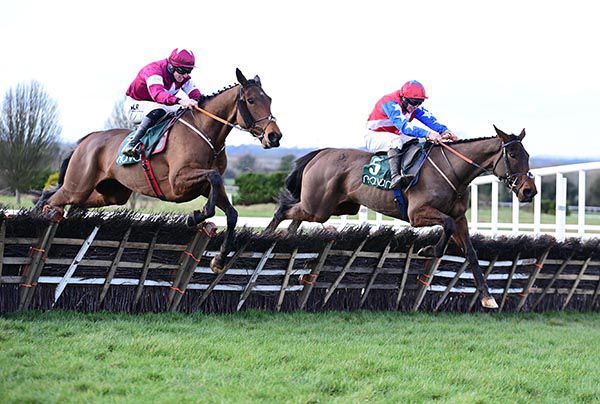 Trainer Sam Curling has a range of options for his maiden Angels Dawn, which finished second in a Grade 3 novice hurdle at Navan on Sunday.

The daughter of Yeats has yet to win but has finished second in four of her nine starts and earned black-type with a three-parts of a length runner-up to Frontal Assault at Navan.

Curling reports “I was very happy with her. She was probably just a bit green down to the last which maybe cost her.

“She's a good maiden, I don't know how she hasn't won by now. She's been a bit unlucky, she was second to Jungle Boogie (unbeaten Willie Mullins trained gelding) one day.

"It's great she got black-type as she's owned by an owner/breeder and I'd say she's going to get her turn in a maiden hurdle before long.

“She'll go chasing shortly as well as she jumps really well. I might give her one more go in a bumper as she can do that.”