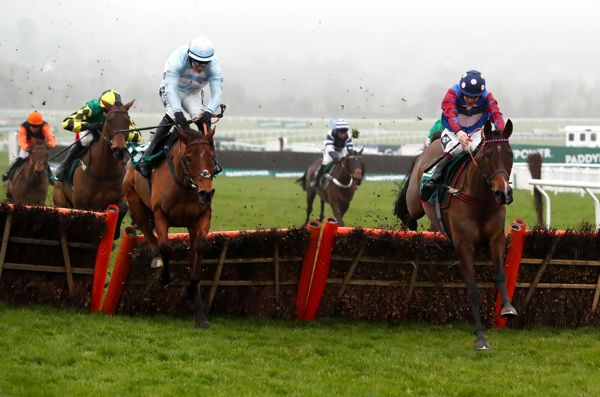 Paisley Park stretched his unbeaten run to seven with another professional display in the galliardhomes.com Cleeve Hurdle at Cheltenham.

Last year’s Stayers’ Hurdle hero won on his seasonal return at Newbury and was due to run at Ascot last month, but testing conditions ruled him out on the day of the race.

Trainer Emma Lavelle was not concerned about the change in plan and Paisley Park travelled beautifully through the race, with Aidan Coleman keeping him in a handy position throughout.

Summerville Boy, stepping up to three miles for the first time, tried to make all and he was still in front as they turned into the straight.

However, Coleman knew what he had under him and on the run to the last, Paisley Park began to make ominous progress.

He jumped the last cleanly and the 4-6 favourite won by a length and a quarter, with Summerville Boy in second and 50-1 chance Lisnagar Oscar third.

Coleman told ITV Racing: “This horse isn’t slow, but we’ve gone slow today and it turned into a big of a sprint, so I knew I was going to have to get stuck into him at some point.

“He’s just brilliant, he’s gone round in second gear and he’s an absolute pleasure. I’m just delighted to be associated with him.

“I’ve waited for a horse like this, better riders than me have never found one as good as him.”

Paisley Park was winning the race for a second successive year.