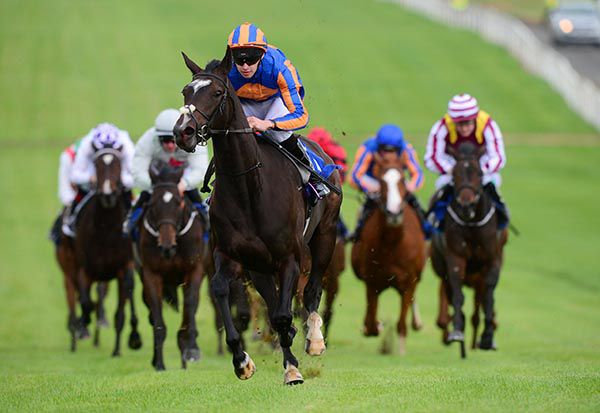 Fancy Blue, who gave Donnacha O’Brien his first Classic success in the Prix de Diane at Chantilly last month, is among the 12 confirmations but could wait instead for the Nassau Stakes, with her trainer saying last week the Goodwood race was a “strong possibility”.

Leading his team is Irish 1,000 Guineas scorer Peaceful, who was a close third to Fancy Blue in the French Oaks, and Ennistymon, runner-up to Love at Epsom.

Jessica Harrington is represented by Cayenne Pepper, who made a pleasing seasonal debut when finding only Magical too good in the Pretty Polly Stakes and like Peaceful is an 11-4 chance with Coral, ahead of Ennistymon at 4-1 and 5-1 chance Fancy Blue.

Coral spokesman David Stevens said: “With Fancy Blue likely to join fellow Classic winner Love on the sidelines from this weekend’s Juddmonte Irish Oaks, we cannot split Peaceful and Cayenne Pepper at the head of the Curragh betting.”

The latter has given Speak In Colours an alternative entry to the Minstrel Stakes in the Sapphire Stakes on Sunday’s card at the Curragh, for which there are 10 possibles.