Perseverance pays off for Musical Ava 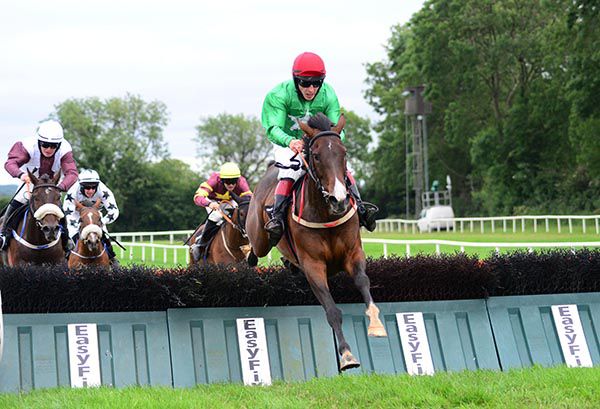 There was a family success for the Burkes as Musical Ava (14/1) took the Mullingar Handicap Hurdle.

Trained in Holycross, Co. Tipperary by John Burke (also owned by him) and ridden by his brother Martin, the 8-y-o mare by Court Cave was always prominent and went on before the last for a three and a half length victory from Friary Gold.

It was a well-deserved first win for the mare on her 28th start, after a number of placed efforts over the last couple of seasons.

Winning trainer John Burke said:- “She deserves every bit of it, she's been unlucky.

“She was second twice last year and on her second last run she was only beaten a head at Tramore.

“Hopefully it's onwards and upwards from here.”