Plenty of Airgead for Foley's followers 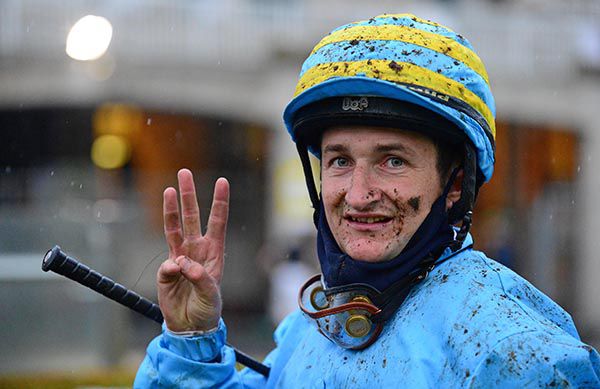 Shane Foley was seen at his best on 10/1 winner Airgead in the concluding 7f handicap.

Completing a 172/1 treble on the evening, Foley sat towards the rear on the 4-y-o gelding by Most Improved, weaved his way between runners early in the straight before coming with a perfectly-timed challenge to collar Highly Approved close home.

A head was the margin at the line, with 5/4 favourite Gee Rex beaten less than a length in all in fifth.

It was Foley’s first time to ride Airgead, who won over a mile at this track last year on quicker ground.

A delighted winning trainer Prunella Dobbs said: “This horse loves it here. My heart was sinking since I arrived as I felt this ground (changed to yielding after race 7) wouldn't suit him.

“Shane gave him such a good ride, settled him out early and made the break at just the right moment.

“We’ll look for something similar and he seems to thrive around Leopardstown.”