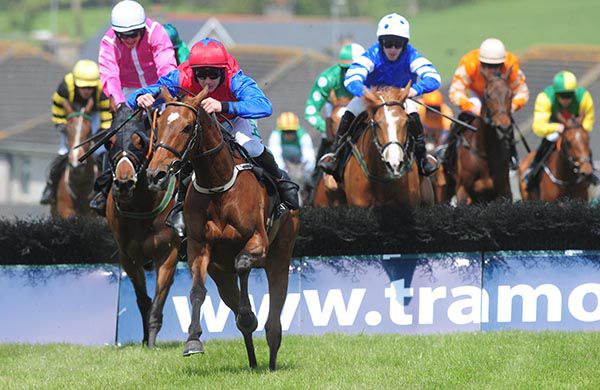 Princess Vega, a daughter of the mighty Quevega, got her career off to the perfect start in the opener at Tramore this afternoon, the BetVictor Bet E5 Get E30 Offer Maiden Hurdle.

In what looked an ordinary contest, the Willie Mullins trained bay was expected to deliver on her racecourse debut, going off the 5/4 favourite under Paul Townend.

Never far off the pace, she got to the front at the second last and a flawless jump at the final flight sealed the deal, as she came home seven and a half lengths to the good.

So Enjoy (7/1), who attempted to make all, had to settle for second under Danny Mullins for James Nash, while Great Vizer (11/4) was a neck back in third.

Mullins said afterwards: "I got a big thrill out of that. She was as green as grass and didn't know what was happening for the first mile and a half. She only got into a racing rhythm over the last half mile.

"I thought she might fall out over the last but she threw in a jump that even Paul wasn't expecting. That shows she had a bit more left in the tank than we thought.

"I'm delighted to get Quevega's breeding career off to a 100 percent start. A lot of the old crew (from the Hammer And Trowl Syndicate) are back here again today and it's lovely that she went out and won on her first run.

"She was improving with every bit of work at home. The French breeder of Quevega told me they only get better with age and we saw that with Quevega. Hopefully this filly can be the same.

"She is not the biggest in the world, so she might be a bit limited. She showed there with her jump at the last that she is stronger than she looks. We will continue during the summer with her."