Protektorat has the Skeltons quickly into stride at Aintree 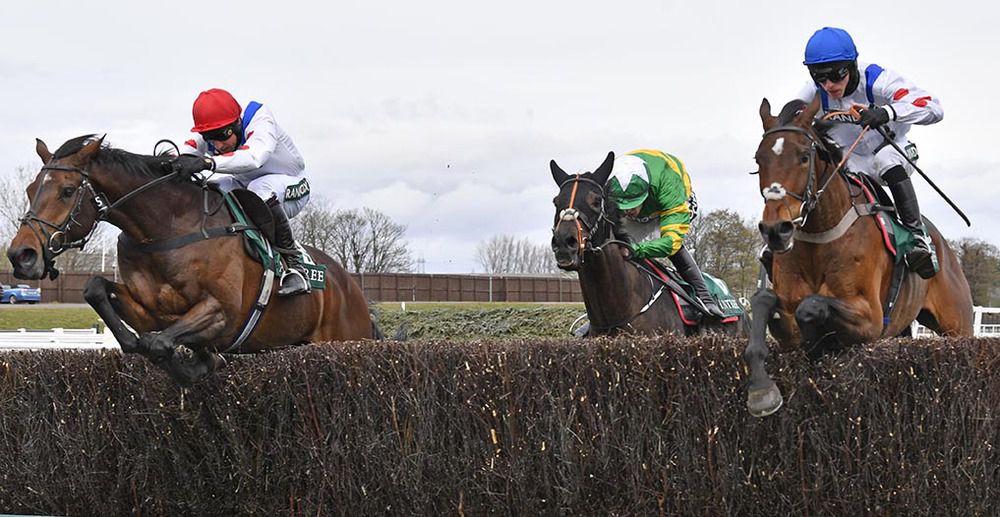 Skelton delivered the six-year-old, trained by his brother Dan, with a well-timed challenge to lead on the run-in and land the spoils from The Shunter — with Hitman a close third.

Hitman was always prominent, with Fusil Raffles making the running until he was pulled up after making a bad mistake down the far side.

His exit left Hitman in front. But when it came to the business end of the two-and-a-half mile contest, he was strongly challenged first by The Shunter and then by Protektorat (17-2). The latter went on to win by three and three-quarter lengths.

The winning rider said: “He was very good today. It’s a great way to start the meeting.

“Dan has just said he’s never thought about a horse as much as he has about Protektorat this year. He has a hell of a lot of ability, but hasn’t been the easiest with his mind and wind issues.

“The last day at Kelso, it just didn’t happen for him, but he’s undergone a wind operation since then and has come right today.”

His delighted trainer added: “That was absolutely brilliant. Harry gave him a great ride.

“I didn’t expect that to happen. I said to the owners, who also had Hitman in the race, that today was a short-term plan to get a long-term result next year.

“I thought he’d run creditably, but I didn’t expect him to win. It’s a long way back from Kelso, where he was beaten after the second jump — he was jumping right-handed and didn’t want to be there.

“We mixed things up today — taking the hood off, putting the tongue-tie on and redoing his palate.

“That’s him done for the season now. I was thinking of starting him off back here in the Old Roan, but if the ground is right, maybe we’ll go straight to Wetherby for the Charlie Hall.”

Protektorat is part-owned by Sir Alex Ferguson, and Harry Skelton said: “It’s brilliant to have owners back. They’ve been so patient through this difficult period, but they’ve stuck by us and hopefully they’re here to stay now.”