Racing returns to Clonmel this evening 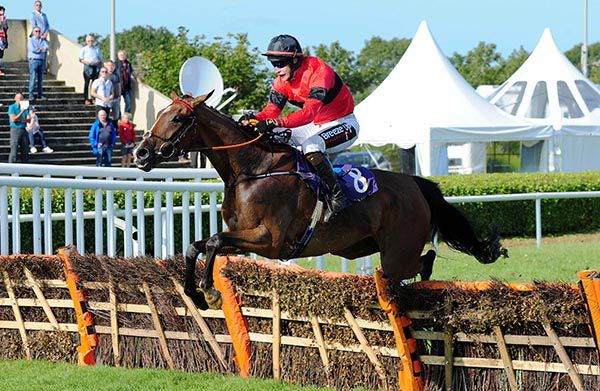 Boro Tari runs in the famous Dawn Run silks of the Hill family and was a winner of a maiden hurdle at Wexford in July. While she shoulders top-weight here, he might be the one to beat with more improvement expected from that winning jumps debut.

Brog Ahaon won on his ninth hurdles start at Kilbeggan 26 days ago, while Cats For Cash similarly took nine runs to shed his maiden status over hurdles.

Other in-form runners in the competitive race are Peaches And Cream, a winner at Downpatrick two starts ago, and Karanelle, herself successful at Cork in August two runs back, albeit both horses have been well enough beaten on their latest runs.

Top Of The Charts bids to maintain his own excellent run of recent form as the Gavin Cromwell-trained five-year-old carries form figures of ‘1151’ in to the Lisronagh Opportunity Handicap Hurdle.

The son of Great Pretender has really progressed over staying trips, both over hurdles and fences, in recent times and comes here having won his latest start over hurdles at Down Royal last Friday.

He has a 5lb fixed winner’s penalty, but should again go close with Conor McNamara able to claim 4lb.

The concluding BetVictor Guaranteed Bumper might go the way of the Declan Queally-trained Lady Moon, a useful runner-up on debut in a similar race at Tramore in August.