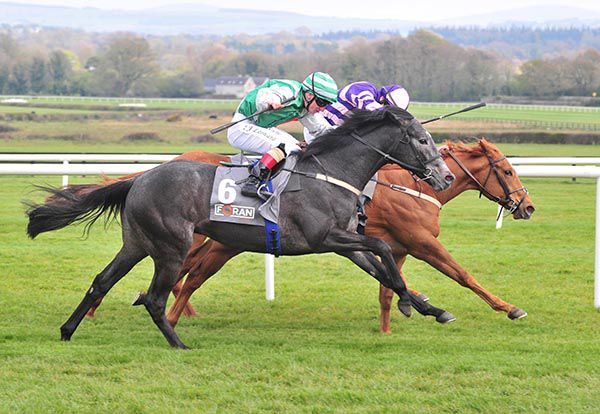 The son of Lethal Power was slow to leave the stalls but improved to chase the leaders from halfway. The colt responded well when asked for effort by Leonard and in the end led close home for a half length win over Shining Forth.

Afterwards jockey Leonard stated “I’d never sat on him before and was told he was very green and hadn’t much done. I was to try and teach him a bit and have him coming home.

“He was plenty raw enough early on but the further he was going the more the penny started to drop with him and he went to the line well. He’s a lovely horse going forward and will improve a tonne from that.

“He’s a light-framed horse and they can become unbalanced here but he handled the track well.”