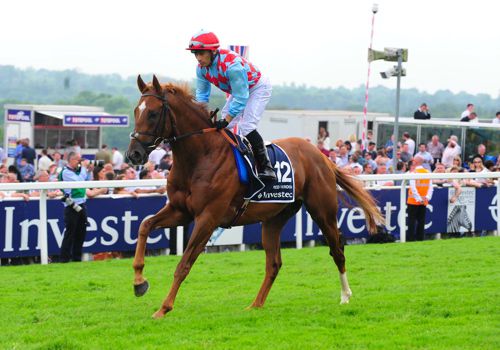 Always a classy operator, he finished sixth of 16 behind Harzand in the 2016 Derby and has more than paid his way since.

He has twice been Australia to run in the Melbourne Cup but never made the actual race, while he has run in the Hong Kong Vase, too.

Arguably his career-highlight was when second in the Grand Prix de Saint-Cloud on Bastille Day four years ago and once again on July 14 the stars aligned for him to put up a big performance.

Despite having the 35th outing of his career, Frankie Dettori was in the saddle for the first time and always looked confident, taking over from Holdthasisgreen and holding Called To The Bar at bay by a length and a quarter.

“We were concerned about the pace and Ed left it up to me,” Dettori told Sky Sports Racing.

“I spoke to Robin (Trevor-Jones, travelling head lad) and he said for an old boy he can quicken so I was the first one to commit and he responded and never saw another horse.

“Ed does really well with these kind of horses. The longevity is amazing and he keeps on bringing them back and producing this kind of performance. It was a nice win.”