Red shows his love for Cork 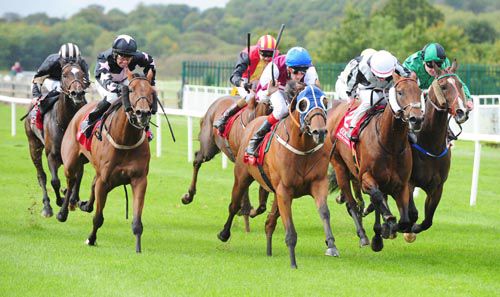 There were plenty in with a shout heading into the final furlong of the five furlong handicap at Cork but it was Enter The Red who stuck his head out in the closing stages to land the spoils.

Fran Berry produced the 9/2 joint favourite to challenge passing the furlong pole and he edged ahead inside the final 50 yards to gain a half-length verdict over Zaindera in a bunch finish.

The other joint favourite Barbeque ran on to finish fifth after getting outpaced in the early stages.

Aidan Howard's charge had won over course and distance back in October 2013 and had been second on his three visits to the track since.

He was gaining his second win of this season, having scored at Sligo on his penultimate start.

"He loves it here. He had run here four times and never finished out of the first two. Soft ground is the key to him," said Howard.

"He's in again at Fairyhouse on Tuesday, and he could run if the ground turns soft. Fran gave him a great ride."

Coleman set for spell on the sidelines

Aidan Coleman will be out of action until October having fractured his arm in a fall at Southwell on July 30.