Rex returns to take another claimer 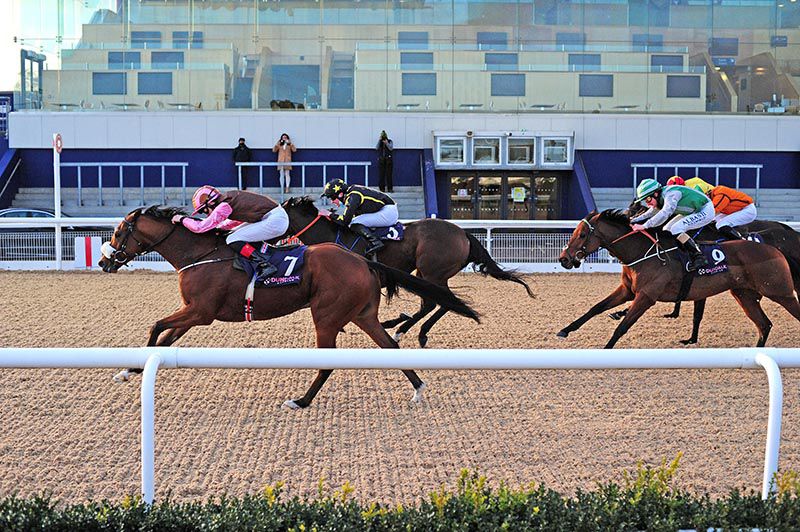 Gee Rex won his second claimer at Dundalk this month when taking the opener on tonight's card.

Mikey Sheehy was again on board the gelding who had scored over the extended ten furlongs 12 days ago.

Back to a mile tonight the 5/4 favourite was produced to challenge passing the two pole and was in front with a furlong to run.

The Joseph O'Brien-trained four-year-old responded gamely when Angel Palanas launched a late challenge, sticking his neck out for a half length win.

“He's backed it up again and he's solid in that kind of company,” said assistant Brendan Powell.

“He stays further but he travels away. When the other horse came to him he put his head down and tried.

“He'll win more and I think he'll probably be claimed. The syndicate have had a lot of fun with him and he's paid his way for a year. If you get one like that all the time you're happy.

“He'll be a solid horse for somebody.”