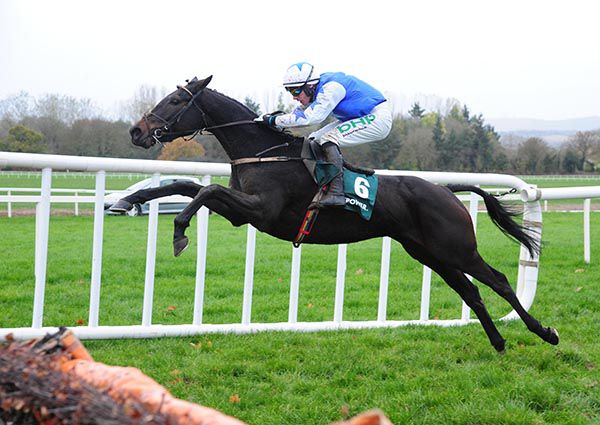 Now successful on four of her five starts to date, the daughter of Robin Des Champs was sent off a well-backed 5/4 favourite this afternoon, having opened on-course at 2/1.

Settled in mid-division by Paul Townend, she cruised through to lead at the third last, and soon eased clear.

She wasn't fluent at the last two, but that didn't stop her momentum, as she powered home to score by eleven lengths.

Milliner (13/2) finished second under Rachael Blackmore for Henry de Bromhead, while 25/1 outsider Rolanna was a neck back in third.

Townend said: "She is learning as she goes and is improving and keeps winning so we're all happy.

"It's a while since she was on her own coming down to a hurdle and she was having a look (at the final two hurdles). She was novicey but survived and got to the other side and couldn't have been any more impressive to me today.

"We went steady early on but got racing plenty early and she had no bother getting the trip today."