Rueben James off the mark over fences 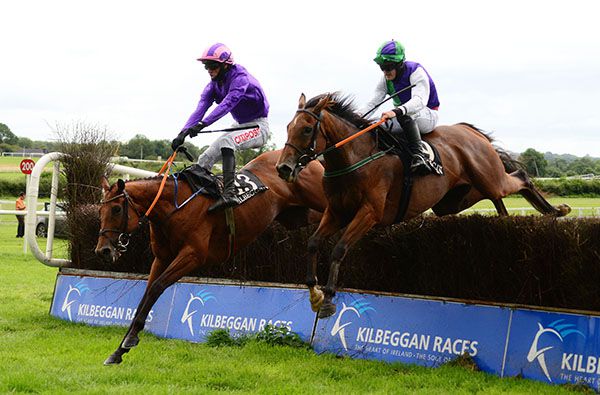 The Greville Arms Hotel Beginners’ Chase went the way of Rueben James (20/1) in the hands of Ryan Treacy.

The Gold Well gelding, trained by Eoin Doyle, came from off the pace to join 2/1 favourite Josephina at the last.

From there the favourite could find no more as Rueben James kept on to score by three quarters of a length from the fast-finishing Napoleon Blue (50/1), with Josephina another length and three quarters back in third place.

A maiden hurdle winner at Downpatrick in 2017, the winner had some good placed efforts over fences after that before being sidelined from October 2018.

He returned to action when fourth at this course last month, and clearly came on for the run.

3lbs claimer Treacy said: "He jumped well and they went a good gallop throughout the race which helped him as he stays.

“We thought the trip might be a bit short for him but they went a good gallop which played into my hands.

“He ran well here the last day on a return from an absence. Eoin (Doyle) has the horses in great order and the lads in the yard are doing a great job.”