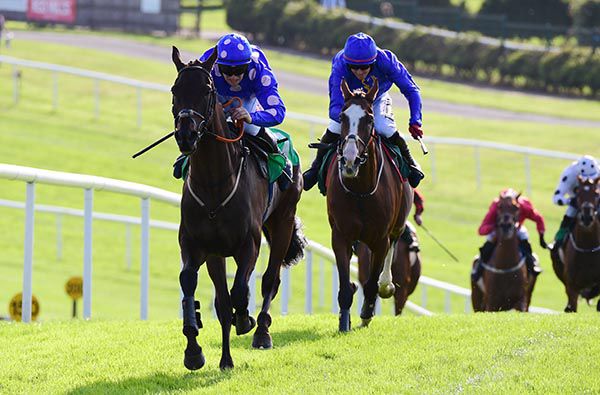 Favourite The Abbey was taking the eye for much of this near two and a half miler, fencing well on the front end.

However with point-to-point experience under his belt, Ruinous got a patient steer in behind on his first try over racecourse fences.

The tactics paid a dividend as he travelled up to The Abbey, travelling smoothly on the run-in.

Ruinous eventually gained the day by six and a half lengths.

Two out was bypassed after Toast To Thomas was unfortunately fatally injured at the same obstacle on the previous circuit.

"He finds very little off the bridle, so Johnny rode a patient race and arrived there,” said Cromwell.

"The handicapper will dictate where he goes"