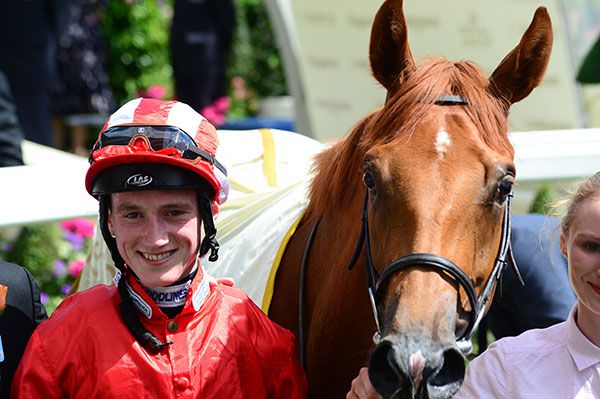 Mishriff is being prepared for the 20 million dollar Saudi Cup in Riyadh next month.

The four-year-old has previous experience of the dirt course there, having finished second in the Saudi Derby last winter before going on to lift the French Derby at Chantilly in July after winning the Newmarket Stakes.

The John Gosden-trained colt completed a hat-trick in the Prix Guillaume D’Ornano at Deauville in August and was last seen in the Champion Stakes at Ascot on his only subsequent start.

Ted Voute, racing manager to owner Prince Faisal, said: “John’s preparing him for the race. The Prince and him discussed it in late December and the Prince lives in Riyadh.

“It’s on a dirt track which he handled last year when he came second. We’re going back a furlong, but we hope it won’t inconvenience him.

“It’s something to look forward to. There’s not a lot for him at home until probably June. Last year he went out there and (then) won the French Derby which was the same sort of timing. It gives him a few months off after he comes back.”

Voute confirmed that David Egan will be in the saddle.

“He’s in Bahrain at the moment so he’s nice and close,” he added.

“We’ve contacted him already and he says he’ll be delighted to ride him. He’s retained by us, but for one reason or another he didn’t get back on him last year (after Newmarket).”

More than 100 horses from nine countries and a total of 17 Group One winners have been entered for the Saudi Cup.

Japan’s recently crowned Dirt Horse of the Year, Chuwa Wizard, could also line up having gained an automatic spot when winning the Champions Cup at Chukyo last month.