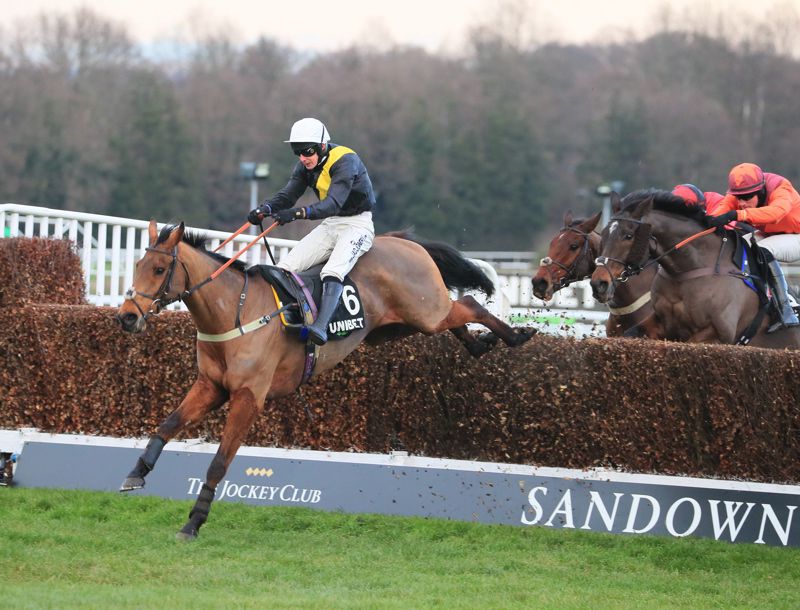 Connections of Seeyouatmidnight are considering the Midlands Grand National for the ever-popular 13-year-old following his victory at Sandown.

Seeyouatmidnight’s career has been littered with injury problems — but he showed he retains plenty of ability when taking the spoils in the final of the 2020 Veterans’ Chase Series at the Esher track earlier this month.

“He’s grand. We’ve half got the Midlands National pencilled in,” said Thomson.

“Sandown was great for everybody — great for racing and great for us. These are the stories we need because we’ve got this opportunity to captivate a new audience and get more people involved. That’s brilliant.”

Another old favourite, Yorkhill, was among a team of five horses Berwickshire handler Thomson took to work at Newcastle racecourse on Thursday.

The 11-year-old, who sprang a 66-1 shock in the Rehearsal Chase at the Gosforth Park track in November, galloped on the all-weather surface with Elf De Re and Duc De Grissay, who should have run in the North Yorkshire Grand National had Catterick not succumbed to the wintry weather.

The Ferry Master and Coolkill were also put through their paces.

“It was grand. There was no snow between here and Newcastle really,” said the trainer.

Yorkhill and The Ferry Master hold entries in the Sky Bet Handicap Chase at Doncaster on January 30.

“The Sky Bet is more likely for Yorkhill than The Ferry Master,” said Thomson.