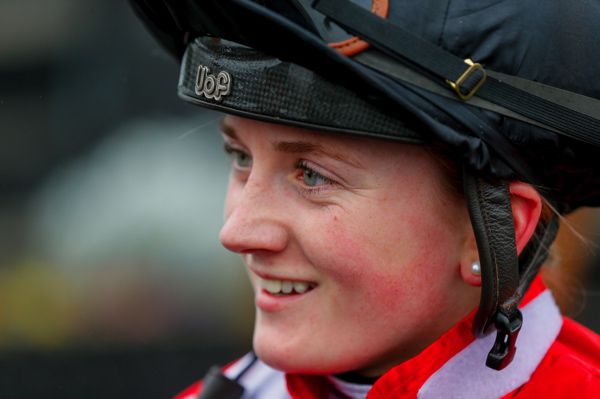 It was the second five-timer of Doyle’s career after she became the first female rider to complete the feat at Windsor last August, but the rider also put an extra feather in her cap by landing five successive races at the Sunbury venue.

She kicked off with victory aboard Tony Carroll’s Della Mare (15-8 favourite) in the second division of the Unibet New Instant Roulette Classified Stakes, before triumphing aboard the Archie Watson-trained Laos (7-2) in the Unibet Casino Deposit £10 Get £40 Bonus Novice Stakes.

Highland Avenue (4-9 favourite) then provided the highlight of her five-timer with an impressive verdict in the ‘Road To The Kentucky Derby’ Conditions Stakes for trainer Charlie Appleby.

Sent off a 5-2 chance, Chinese Whisperer looked like he could help Doyle set a new benchmark as he was still in front in the final furlong, but Merweb swept through on the inside as Doyle’s mount dropped back to fourth — foiling her bid for another slice of history.

Monaasib, who was last seen chasing home Derby favourite High Definition, is set to make his first start of the new campaign in the Ballylinch Stud “Red Rocks” 2,000 Guineas Trial at Leopardstown.

Jerome Reynier is hoping for rain as he prepares his two-time Prix Dollar hero Skalleti for the Group Two Prix d’Harcourt at ParisLongchamp on Sunday.

Good to Soft for the National

The going on the National course at Aintree is described as Good to Soft after a dry night in Liverpool.

It’s been quite the few days on the ownership front for the singing group, the Irish Tenors, and one of its members, Ronan Tynan, will be hoping for more at Dundalk today with his Ruler Of The World filly Pineapple Express.