Sharjah among strong Mullins team for the Cesarewitch 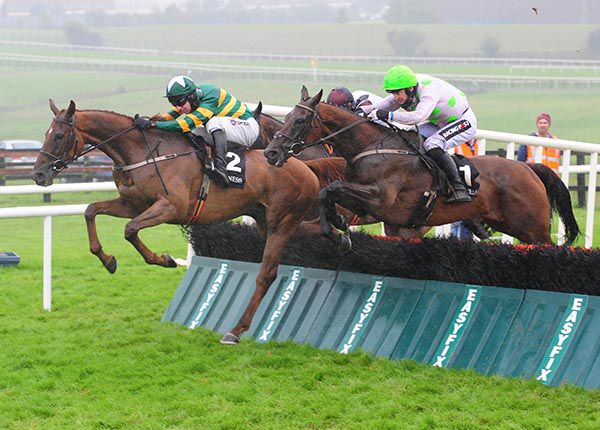 Galway Hurdle winner Sharjah heads a formidable team of seven from the Willie Mullins stable bidding for honours in the Irish Cesarewitch at Navan on Sunday.

Patrick Mullins gave the run down on the prospects of his father’s seven runners.

"Sharjah was very disappointing the last day. He ran poorly at Leopardstown on the Flat, so we’re just hoping he can return to his Galway form because he could be a high-class staying Flat horse if he does," he said.

"Chelkar ran very well at Royal Ascot and then disappointed in Galway. We just backed off him. Nothing serious came to light, so we freshened him up and hopefully he can return to his Ascot form.

"However, he does have a lot of weight, which does not make life easy for him, but he is built to carry weight.

"Nessun Dorma got a good form boost. He won the mile-and-a-half handicap at Galway and the filly (Princess Yaiza) that was second won a Group Two at Longchamp.

"Limini was third that day and she won a valuable handicap afterwards, so that looks a very strong piece of form. The concern with Nessun Dorma is, being by Canford Cliffs, whether he will be as effective over two miles.

"Exchange Rate won very impressively at Listowel where he was well-suited by conditions. His experience possibly cost him winning a valuable handicap in Killarney, where he got going too late.

"We are hoping with that experience behind him and with the extra trip he could go well. He’s got a nice weight.

"Pleasure Dome is intriguing. He’s the most unexposed of ours and it’s his first run for us on the Flat. The trip and the track should suit.

"Makitorix was just beaten in a handicap at the Curragh, but was well-beaten last time at Listowel.

"Legal Spin disappointed on his last run, but he’s only three and is a horse we think an awful lot of. He gets in right at the bottom of the weights and we are expecting a far better show than his last run.

"They’ve all got good chances."

Brex Drago has been in such tremendous form over hurdles, winning three times last month, that Gavin Cromwell is giving him this opportunity on the level.

"He’s been great over hurdles and I thought we’d give him one shot at a big race on the Flat before the season ends,” said the Navan handler.

"He seems in great form, so we thought we’d let him take his chance."