Silver Spear puts important win on the board at Fairyhouse 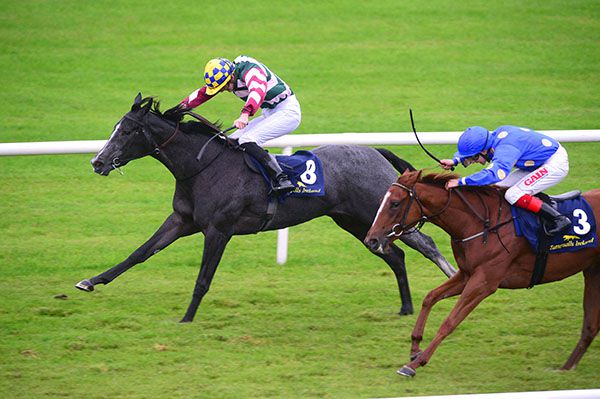 Under Slattery’s nephew Ben Coen, Silver Spear clung on by a head from Camachita, with the pair six lengths clear of the third home, For The Trees. Silver Spear had put her stamp on things from over a furlong out.

“She's a nice filly and she's a half-sister to Creggs Pipes so the bit of ease in the ground helped,” said Slattery.

“We were going to let her off but John has an Australia half-brother to her going to Tattersalls next month and he wanted the dam to breed a two-year-old winner. That's done now.

The Irish Horseracing Regulatory Board Veterinary Officer examined Leadership Race, trained by G.M.Lyons, at the request of the Stewards and reported the animal to be post race normal.