Sister strikes with stand's side swoop 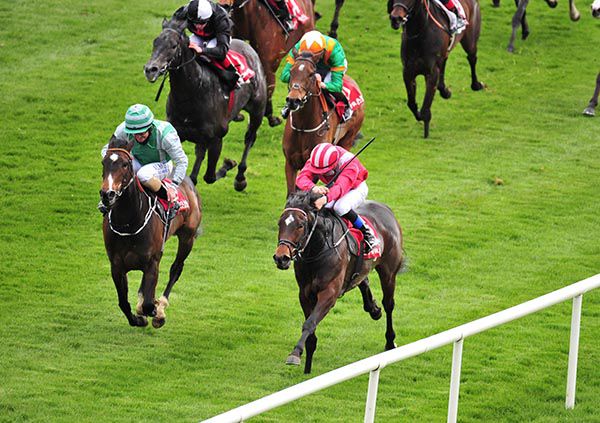 Sister Lola swooped on the stand's side to prevail in a tight finish to the seven-furlong handicap at Gowran.

Eddie Lynam's charge transferred her fine form from Dundalk as she made it two wins in her last three starts.

Dylan Browne McMonagle switched to the outer to launch his challenge in the straight, on the 16/5 shot, and she came to join 3/1 favourite Pretty Rebel inside the final furlong.

There was little between the pair close home with Sister Lola securing a short-head victory at the line.

The winning rider said afterwards:- “It was her first time on grass for a while and she was unlucky in Dundalk the last day when she was badly drawn.

“She was well up to winning a race like that.”