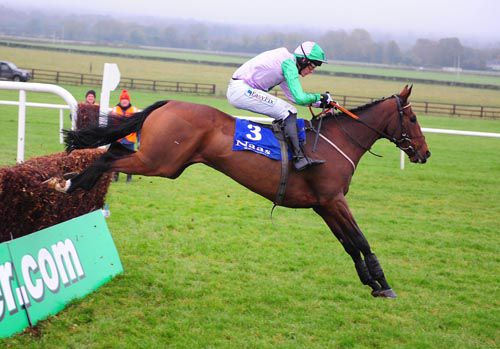 Hidden Cyclone makes his seasonal debut in the Listed John Meagher Memorial Chase at Thurles this afternoon, and the going remains soft at the Co. Tipperary venue where the action gets underway at 12.25pm.

The Ryanair Chase runner-up faces seven rivals in the 2m6f test including Home Farm, now in the care of Henry de Bromhead, and Foildubh.

There has been 3mm of rain at Thurles since declaration time but the forecast is for a dry day, with further rain expected tomorrow.

Flat action returns on the Polytrack tomorrow evening at Dundalk.

Meanwhile the ground looks sure to be testing at Gowran Park on Saturday following 26mm of rain in the past 24 hours. The going is currently described as soft (heavy in places) on the hurdle track and heavy on the chase track.