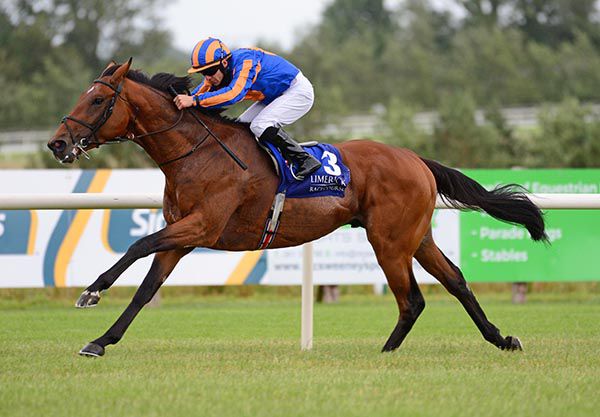 O'Brien's Championship-chasing jockey Seamie Heffernan was suspended for today's fixture and while everything was expected to go to plan for Lordan, the brother (by Galileo) to 2019 Irish Derby winner Sovereign briefly jinked left with a furlong and a half to race.

However Dawn Rising stayed on strongly to record a 12 lengths win over runner-up Yulong Pearlisland.

Lordan, riding his seventh winner in four days, later said “he's a lovely, big horse who had a very good run at the Curragh the last day.

“He was very idle in front and I know we won by 12 lengths, but you never know when there's something coming from behind you and the way he was rolling around, I just wanted to keep the revs up.

“He won with plenty in hand at the end. He looked at the stalls in the straight - they were pulled in, and he copped them and ran out in the middle. He's a lovely, big staying horse.”

Thurles to inspect again at 9am

Thurles is currently unfit for racing due to a light covering of snow and a further inspection will take place at 9am to determine if racing can go ahead this afternoon.

Nicky Henderson was disappointed but not dismayed after dual Champion Hurdle hero Buveur D’Air suffered defeat on his long-awaited return to action at Haydock.

Alert runners and riders managed to avoid a potentially nasty incident at Newcastle on Saturday evening, as a deer shot across the track.