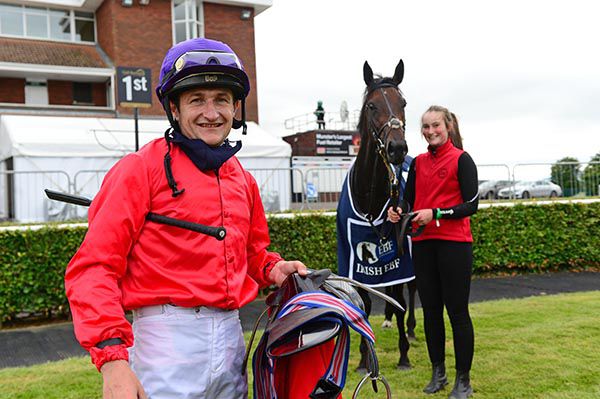 The Group Three Irish Stallion Farms EBF Brownstown Stakes for the fillies and mares, saw three-year-old Valeria Messalina go off an 11/2 chance as Soul Search and So Wonderful jointly headed the market at 7/2.

Foley kept it nice and simple, tracking the leaders on the victorious daughter of Holy Roman Emperor, and she was third at the three furlong pole.

Pushed along and making headway to lead a furlong out, Valeria Messalina was ridden and kept on well inside the final furlong to beat Unforgetable, Soul Search and Silk Forest by half a length, a short head and a neck.

"I wasn't sure if she'd stay in the Guineas and I don't think she did; seven (furlongs) is a good trip for her and I knew the track would suit her as she is a strong traveller and stuck at it well,” said Foley.

"She was just touched in Newmarket and her form is there and she was in front in the Guineas with 150 yards to go so she is a good filly."