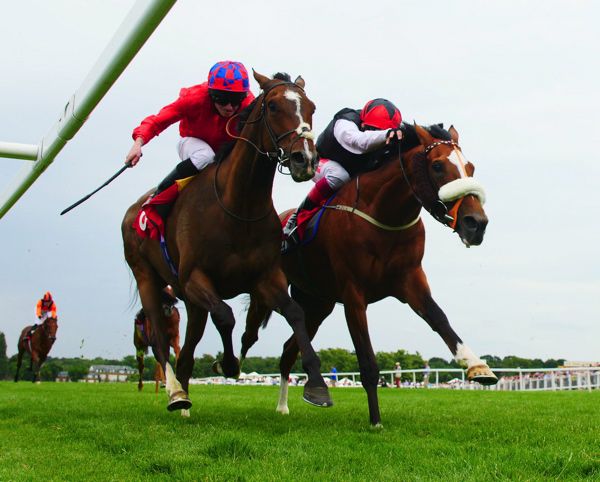 Sea The Lion is one of 16 Irish possibles among 81 entries for the most valuable Flat handicap ever staged in Europe, next month’s £1million Sky Bet Ebor at York.

Jarlath Fahey’s eight-year-old has raced just once, when a most encouraging and close second on his belated return in the Curragh’s ‘Ragusa’ Handicap, since finishing third in the Ebor last August.

He is joined in the entries this time by seven possibles from Willie Mullins, who won the race in 2009 with Sesenta.

Mullins’ team is made up of Max Dynamite, Thomas Hobson, Buildmeupbuttercup, Uradel, Stratum, True Self and Exchange Rate.

There is, of course, a strong British contingent.

John Gosden, who won the Ebor last summer with Muntahaa, has four possibles — including the sponsors’ 12-1 joint-favourite Ben Vrackie.

The four-year-old just failed by a short head to peg back Baghdad in the Duke Of Edinburgh Handicap at Royal Ascot, and Mark Johnston’s charge is also in the list to re-oppose at this stage.

Gosden also has First Eleven — who gained an automatic place when landing the second contest in Sky Bet’s “Race to the Ebor” series — Royal Line and last year’s runner-up Weekender.

The other 12-1 joint-favourite is William Haggas’ Raheen House, and the same trainer has also put in Dramatic Queen, Al Muffrih and Big Kitten.

One of the least exposed names among the entries is Deja, trained by Peter Chapple-Hyam.

Formerly with Jeremy Noseda, the Phoenix Thoroughbred-owned colt caught the eye on his 2019 return at the start of this month when decisively landing a 12-furlong Polytrack handicap at Kempton.

Chapple-Hyam said: “I was very pleased with Deja at Kempton.

“He is an improving horse who has not had many outings, but I hope he will be streetwise enough for a race like the Sky Bet Ebor.

Whether or not he runs again before the Ebor will depend on what is left in and how the race is shaping up between now and then.”

Weights will be revealed on July 24, and the maximum field is 22.

Gordon Elliott completed a four-timer at Fairyhouse today as the Championship-chasing trainer completed the feat in the concluding Bar One Racing (Pro-Am) Bumper with the Jamie Codd-partnered newcomer Grand Paradis.

Brouder returns with Grade A win

Kevin Brouder returned to the winner's enclosure for the first time since his breach of Covid-protocols suspension ended, as the jockey enjoyed a career highlight when landing the Grade A Bar One Racing Extra Places Handicap Hurdle on the Charles Byrnes trained Advanced Virgo.