Stylistic Approach back with a win at three 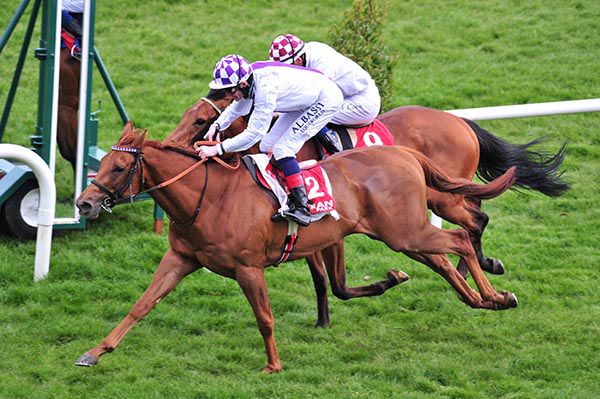 Bidding to complete a double for Johnny Murtagh and Ben Coen, Skilled Warrior gave it a good go off the front end with cheek-pieces again deployed.

He certainly didn’t give in too easily but Stylistic Approach, on his first outing since November, eventually got the best of it by half a length.

“He had a very good run here behind Donnacha's horse, Ones Are Wild, at the back-end,” said Manning.

“He went back to Naas then over six which was probably a little bit on the short side for him.

“On his run here he was probably entitled to do that as it wasn't a bad horse he was second to.”

The Stewards reviewed an incident in the closing stages involving Flyin Hawaiian (GB), ridden by Sam Ewing, placed fourth and Tall Story, ridden by G.F. Carroll, unplaced, where it appeared that Flyin Hawaiian drifted left taking Tall Story with it. Having viewed the recording of the race and considered the matter, the Stewards were satisfied that no further action was warranted.