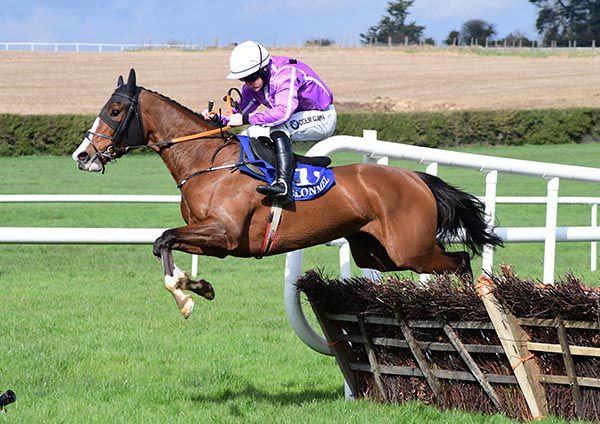 Despite proving very easy in the market, Cosa Ban (7/1) gained compensation for a Gowran Park fall from 17 days back with a stylish success in the Play Lotto On The BoyleSports App Maiden Hurdle at Clonmel.

For father and son team, Philip and Luke Dempsey, and County Galway-owner, Darren Collins, this Recital mare came down two out at Gowran, having made the running to that point.

This time she was never far away either, and again she gave her connections and supporters a bit of a fright at the penultimate flight.

She was soon over a slight peck at that obstacle, to account for the gambled-on Daring Disciple by seventeen lengths.

“I don’t know how unlucky she was in Gowran but she was going to run a big race,” said Dempsey senior.

“I’d say this wasn’t a great race but she’s done it well. She had a nice enough bumper run. She’s not over big but she’s game and she jumps well.

“The ground is tacky enough out there.”

The Irish Horseracing Regulatory Board Veterinary Officer examined Elusive Star, trained by Michael Hourigan, at the request of the Stewards and reported the animal to be post race normal.

The Irish Horseracing Regulatory Board Veterinary Officer examined She's All Vintage, trained by Patrick Magee, at the request of the Stewards and reported the animal to be post race normal.