Telecaster beats Too Darn Hot in the Dante 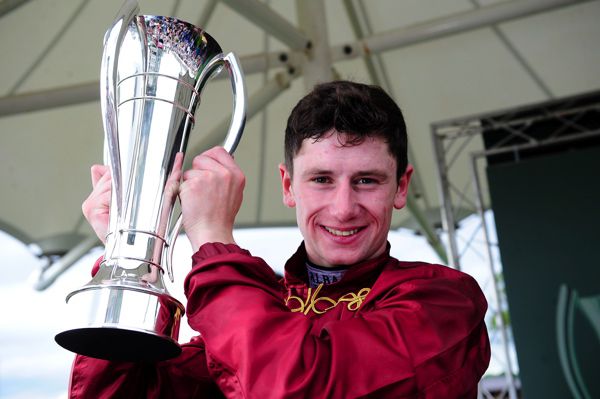 Oisin Murphy rider of Telecaster
© Photo Healy Racing
Too Darn Hot was upstaged by Telecaster in a surprise result for the Al Basti Equiworld Dubai Dante Stakes at York.

Last season's champion European two-year-old gave his all - but his Derby dreams were ended as Telecaster took the spoils in the hands of Oisin Murphy for trainer Hughie Morrison.

Too Darn Hot's stablemate Turgenev set a strong pace and was shadowed by Telecaster, with the pair having the field well stretched out for a long way.

Frankie Dettori had Too Darn Hot settled nicely in fourth and he was produced at the right time to make his challenge, only to find Telecaster (7/1) refusing to buckle in the closing stages as he stuck to his guns to beat the even-money favourite by a length.

Surfman stayed on well for third place, and while Aidan O'Brien suffered a rare reverse in the Classic trials as Japan failed to get in a serious blow, he was not far behind in fourth.

Telecaster was slashed to 5/1 from 20/1 for the Investec Derby, but will have to be supplemented for the Epsom showpiece.

As for Too Darn Hot, his trainer John Gosden was quick to nominate the St James’s Palace Stakes over a mile at Royal Ascot as the target for his previously-unbeaten Dubawi colt.

What a prospect - the exciting Telecaster takes down Too Darn Hot in the Dante for @oismurphy and Hughie Morrison at @yorkracecourse pic.twitter.com/KzwtLStNCr

Gosden's charge was making a belated seasonal reappearance, after a setback meant he missed the Greenham Stakes and with it the Qipco 2000 Guineas.

The Newmarket trainer said: "Frankie said he didn’t want to get closer to a nice, even pace, the winner used the pacemaker well.

"He (Too Darn Hot) was hard on the bridle and fresh, like I said he would be, he’s run his race a little bit early on.

"Frankie was clear in his mind that in the last furlong the lack of a race (told) — but also his stamina was giving out.

"I’m delighted with the horse, he might get 10 furlongs later in the year, but not fresh off a lay off — he was vulnerable off a lay off.

"He’d had two weeks walking, he’s run a solid race but it was a matter of stamina. If you are going to a Derby, you can’t go playing around — I wanted to come for a proper trial and we’ve had one."