Ten Sovereigns to target big sprints Down Under 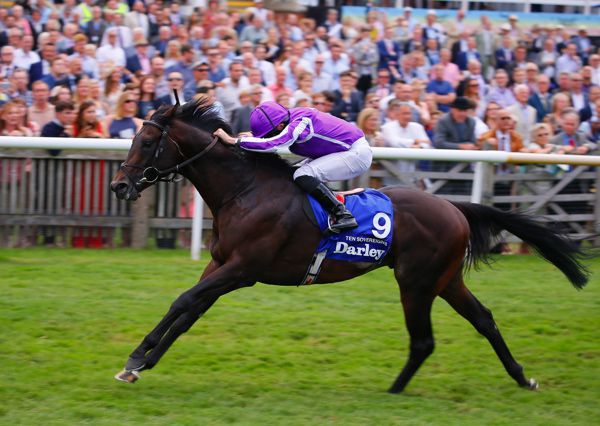 Ten Sovereigns is set to travel to Australia for a possible shot at next month’s Everest.

Coolmore Australia principal Tom Magnier has confirmed the plan — although stressed the Everest is far from the only option down under for Ten Sovereigns.

Aidan O’Brien’s July Cup winner, a late absentee from last weekend’s Betfair Sprint Cup because of soft ground at Haydock, has an entry in the British Champions Sprint at Ascot on the same day as the Everest.

Magnier told Sky Sports Radio in Australia that the three-year-old is about to enter quarantine — but added Coolmore has other possible contenders in mind for a coveted spot in the world’s richest sprint.

He said: “The plan is he’s going into quarantine — but we have (Australia-based) Yes Yes Yes running in Sydney this weekend, so we will watch and see what happens there.

“When he won over six furlongs in the July Cup that was hard ground, and that’s the way he needs it.

“He’s going into quarantine, but we haven’t locked away our slot yet.’’

Track conditions will be key on October 19.

“There’s other races we could look at as well — we wouldn’t rule out him running in something else.

“Aidan does understand we have to make a decision sooner rather than later.’’