The Jack Duggan is the big one at Gowran 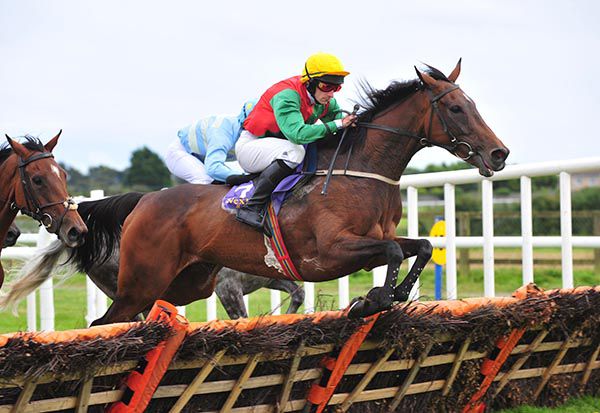 The Ashgrove Stables Jack Duggan Memorial Handicap Hurdle is the most valuable race on a bumper eight-race card at Gowran Park on Saturday.

The 26,000 euro contest has attracted 17 runners, with the field headed by Gordon Elliott’s Sutton Manor.

The Gigginstown House Stud-owned gelding reverts to the smaller obstacles for the first time since the 2017 Punchestown Festival, having endured a disappointing run of form over fences.

He fell in the Leinster National here in March before pulling up in the Irish Grand National and on his return to Punchestown in April.

However, he has his sights lowered significantly on his return from a short break and it will be interesting to see if he can rediscover his spark.

Elliott has a second string to his bow in Top Of The Town, who ran his best race in a while when fourth at Punchestown earlier this month on what was only his second start for the yard.

Other contenders include Joseph O’Brien’s JP McManus-owned pair of Housesofparliament and Aspen Colorado and Hey Little Boy, who is a sole representative for champion trainer Willie Mullins.

Mullins saddles a total of four runners at this local track, the first being Glorious Legend in the two-and-a-half-mile maiden hurdle.

A winner on the Flat in Britain when trained by Ed Walker, the five-year-old looked sure to score over jumps after finishing second at Kilbeggan on his penultimate start.

However, he was far too keen to do himself justice at Ballinrobe a few weeks ago and will need to learn to settle if he is to come home in front.

The Closutton maestro’s final runner of the day is Jolucy, who is bound to attract support in the bumper.

Mullins is not represented in the Kilkenny City & County Vintners Hurdle, but three of the eight runners — Amschel (John O’Shea), Conron (Jessica Harrington) and Kuraka (Gordon Elliott) — have won before.