The Red Rum goes to the Moores with Editeur Du Gite 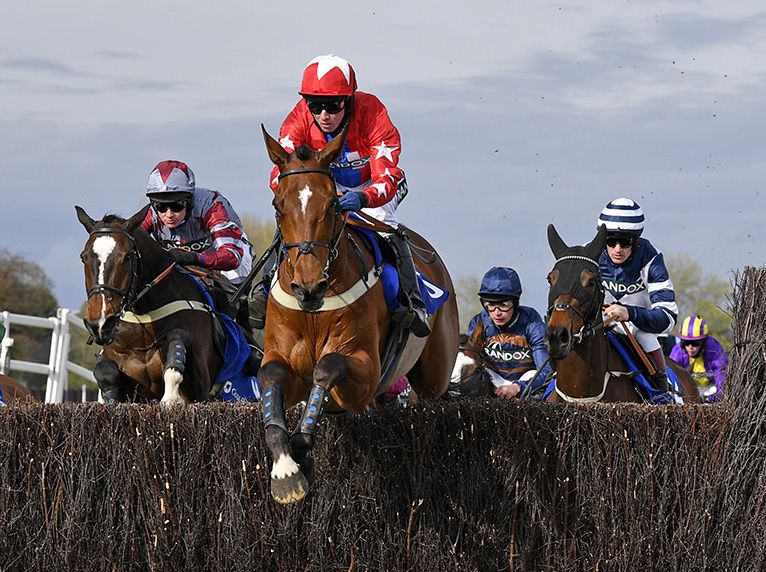 Editeur Du Gite ran his rivals into the ground with a bold front-running performance to win the Close Brothers Red Rum Handicap Chase.

Gary Moore’s seven-year-old, ridden by his son Josh, put in good round of jumping apart from the last, where he he was slow, but he recovered and galloped all the way to the line.

Sully D’Oc Aa and Dostal Phil, both owned by JP McManus, tried to close but the post came in time for the 9-1 winner, who was wearing the colours of 2014 Queen Mother Champion Chase hero Sire De Grugy.

The winning rider said: “We’ve had to be patient with him, but it’s starting to pay off now.

“Last season ended early and we never got to run him much, so this season he was quite inexperienced when we started off and didn’t really see out his races that strongly. He’s starting to do that a lot better now.

“His strong point is his jumping, but he is a fast horse. You could work him with any Flat horse at home and you’d feel disappointed about them, but that said, his jumping gives him a breather and helps him through a race.

“He certainly gets horses under pressure in the middle of the race and I think this better ground helps massively.

“He’s got to progress again, but the way he jumps and travels will suit in a higher grade, so hopefully he might end up there.”