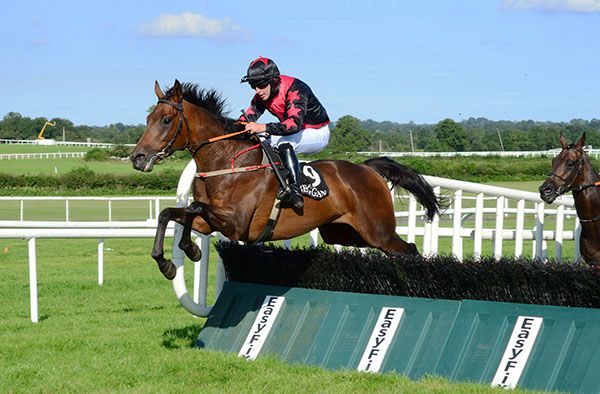 Trained near Holycross by John Burke and ridden by his brother Martin, the 3/1 chance was a bit tightened for room on the long run between the final two flights.

However, he got an opening in the straight and stretched clear from the last to score by four and three quarter lengths.

Santana Plessis, who hit the second last hard, could find no extra in second with 6/4 favourite Coolbane Boy a further three and three quarter lengths away in third.

Martin Burke said, “It probably wasn’t the strongest maiden but he’s done it well and the step up in trip suited him too.

“He has a good cruising pace but he just doesn’t find a whole lot off it so the step up in trip suited him down to the ground.

“He has ability and when he goes over fences I think that is when you will see the best of him.”