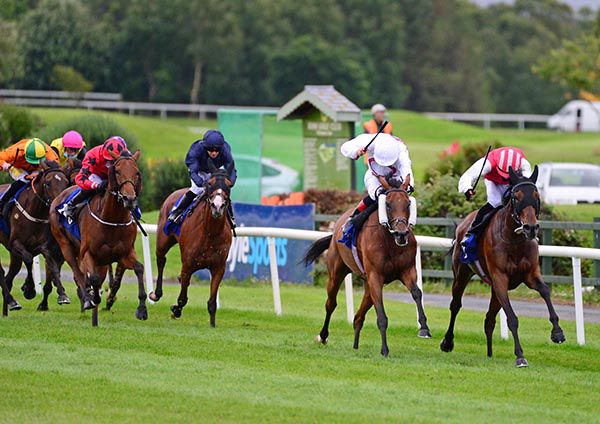 This was her Irish debut having won and been placed in France. She had since switched to Joseph O'Brien.

The four-year-old Invincible Spirit filly began to run on approaching the final quarter of a mile.

She had the far rail for assistance and improved into second behind stablemate Mighty Blue a furlong and a half out.

McDonogh switched her out to throw down her challenge in the final furlong. She was ridden to get on terms with Mighty Blue in the final 100 yards, and from there she finished off best to hit the line a length to the good.

Edmond Kent's Lighthouse Lady gave her each-way backers a return in third at 25/1.

Assistant trainer Brendan Powell said: "The other filly (Mighty Blue) was favourite but Traisha beat her 5.5L in France off level weights and Mighty Blue was having to give her 6lbs today.

"They are two nice fillies and both would go on softer ground and stay well.

"Traisha is very well bred and it'll be up to Joseph, but you'd like to think they try and get black-type along the way."