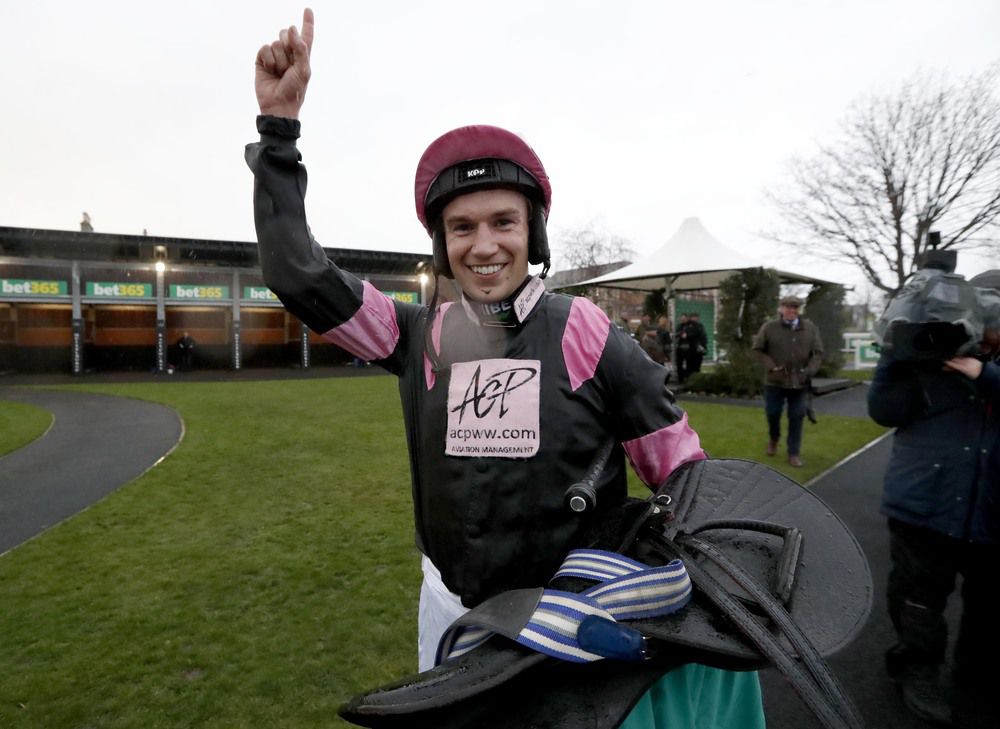 Tritonic emerged as a leading light for the JCB Triumph Hurdle with a debut success over jumps that will have taught him a great deal and elevate dreams for his owners of landing the juvenile championship at Cheltenham in March.

Good enough on the Flat to finish second to Highland Chief at the Royal meeting in June, Tritonic started a warm order at 5-4 for the bet365 Juvenile Hurdle — but looked to have plenty to do as Casa Loupi set sail for home on the homeward turn.

Happily for his supporters, the favourite gradually ate into his rival’s four-length lead and reeled him in in the final 100 yards to score by a length under Adrian Heskin.

The jockey, who had schooled his mount twice at Alan King’s Banbury Castle base, said: “Alan likes them dropped in, so I rode him to come from off the pace. He was a bit keen early and I had to sit and suffer a little going up the hill where, I let him fill up and find his feet. I thought turning in I would pick them up.”

Heskin added that he could envisage Tritonic developing into a contender for the race, saying: “He has stamina and gears and his jumping is good, while Mr (Max) McNeill has a dream to win the Triumph. He was brave up the straight and got the better of a very tough rival.