Two Key Irish Horses to follow ahead of the Cheltenham Festival 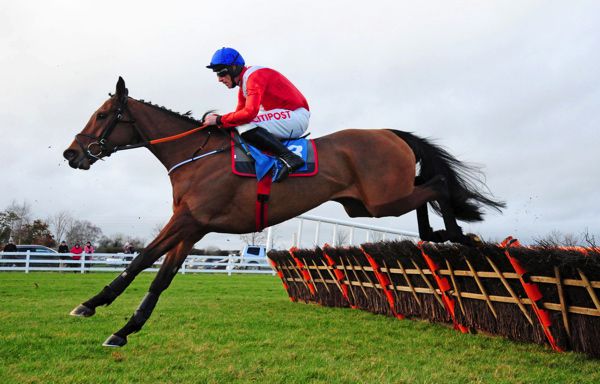 The 2020 Cheltenham festival is now fast approaching as anticipation builds amongst connections and fans, in what is the biggest and best week in the National hunt season. The Irish will be hoping for another victory in the Prestbury Cup but had to settle for a draw last year, with both sides finishing with 14 victories, as Early Doors won the Martin Pipe for Joseph O’Brien in the final race. The Irish again look to have a strong set of horses heading over, so here we cover the two main contenders heading up their challenge.

He is, in many people’s eyes, the most exciting young horse in training, and has been for some time. The six year old is trained by Gordon Elliott, and heads into the Cheltenham festival as one of the star names. He looks set to go off as one of the shortest priced favourites of the week, with the Ballymore Novice Hurdle his most likely target. The horse has been incredibly well backed in some of the early betting markets for Cheltenham — having opened up at a general 4/1, his outstanding performances over the past few months have seen his price reduce to as short as even money with some bookmakers. He looks a solid interest for the opening race of day two at the festival.

Envoi Allen proudly boasts an unbeaten record, having won his seven races under rules. This includes four bumper victories last season, that culminated with a victory in the Champion Bumper at last year’s Cheltenham showpiece. He battled on gamely up the hill to hold off the challenge of the Willie Mullins trained, Blue Sari. The form of the bumper is already proving to be very strong, with the likes of Thyme Hill and Abracadabras finishing in 3rd and 4th respectively. Furthermore, the pair have both gone on to land a Grade One already this season over timber, none more so impressive than Thyme Hill’s compelling Challow success at Newbury.

Envoi Allen has now returned this season with three faultless victories, including two Grade One’s. His key performance coming in beating his stablemate and Supreme Novice favourite Abacadabras by just over a length. Envoi Allen also most recently landed the Grade One Lawlor’s Of Naas Novice hurdle, on his first start stepped up to 2m4f. This saw him only having to be pushed clear on the run in to win easily by over three lengths.

Envoi Allen now heads into the festival as a banker for many, as he looks to further enhance his already lofty reputation.

Another Gordon Elliott trained runner, and a true legend of National hunt racing. Tiger Roll is coming off the back of landing a record breaking second Grand national in succession last season ,and his fourth Cheltenham Festival victory. The National victory ensured he became the first horse since the great Red Rum to win consecutive editions of the race and further cement his legacy as one of the greatest horses in the history of the sport.

Tiger Roll also ran away with the Cross Country chase by 22 lengths last season, in what was the most impressive performance across the four days. He will now be looking to defend his title in the Cross country on day two of the meeting, following his victories in both 2018 and 2019. He is now as short as 4/5 in places but has yet to make the track this season. A reported setback, in which he had a small chip in a joint, is the reason for his absence. Elliott said he could start his season at the festival but would be hoping for him to return in the Boyne hurdle in February - a race he won very impressively last season. Recent updates on the horse’s well-being have been very positive. With Gordon Elliot claiming his Gigginstown superstar is back cantering.

Tiger Roll now boasts an RPR high of 174, following his 2 3/4 length victory in the National last year, off a weight of 11st 5lb. He was also awarded a mark of 171 for his performance at the festival last year. If he can return and run to a mark anything near this, then you’d not find many punters betting against him retaining his Cross Country title, and a fifth festival victory to date.

Read our report of his victory in the Glenfarclas Chase which includes a full replay plus interviews with Gordon Elliott, Michael O'Leary and Keith Donoghue. â¬‡ï¸https://t.co/gudZBmGdvq pic.twitter.com/xg9nEhK3oc