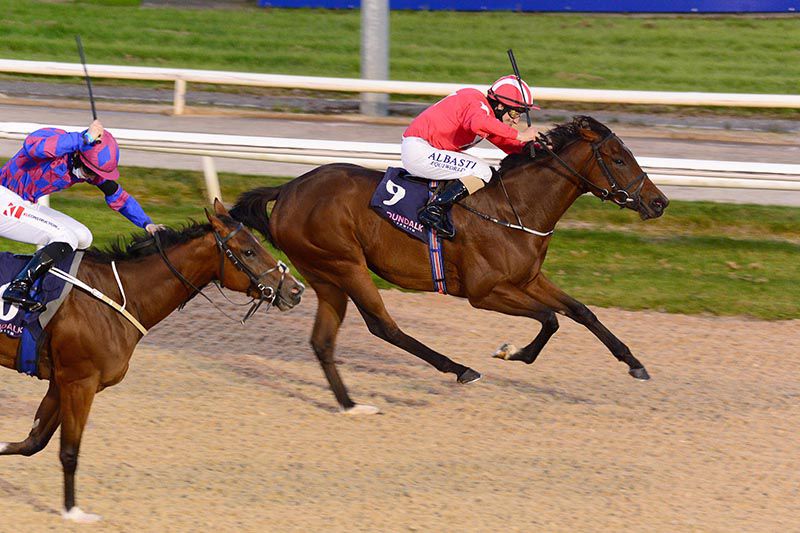 Shane Foley is back seven in front of Colin Keane (70 — 63) in the jockey’s championship after getting Zaffy’s Pride home in front by three parts of a length from Anjalawi.

Keane rode Anjalawi but she couldn’t match Zaffy’s Pride down the inner as the victor made it third time lucky.

It was two and three parts of a length to favourite Coulthard (made the running) in third.

“She’d won a barrier up here and was unlucky here on her official racecourse debut. Then for whatever reason she didn’t seem to act at Navan, she didn’t come down the hill,” said Mrs Harrington’s daughter Kate.

“I loved the way she hit the line as I thought she was in trouble half way up the straight. Shane said she could come back here for the Listed Star Appeal Stakes in a few weeks.

“It’s great for the owners to get her head in front as they have Njord who was touched off in two big handicaps at Galway.”

At the request of the Stewards, O.J. Orr, rider of Collective Power, trained by Edward Lynam, reported to the Stewards' Secretaries that his mount reared up when the gates opened.