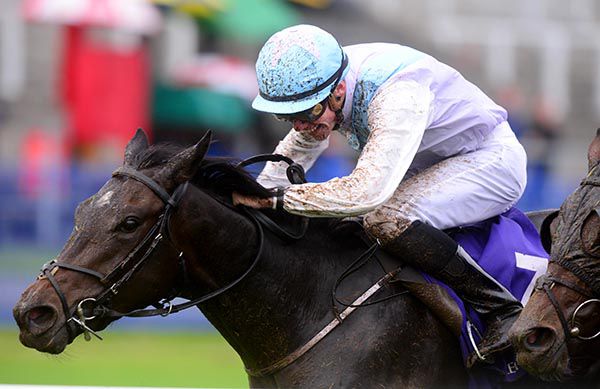 Zoom Zoom Babe belied a lack of support in the market before winning the Leopardstown Spooktacular Nursery Handicap at Leopardstown today from what looked an unlikely position, leading home a 1-2 for trainer Joseph O'Brien

The daughter of Footstepsinthesand was a 7/2 chance this morning but drifted throughout the day and was eventually returned an 8/1 chance. In the race Zoom Zoom Babe was held up in rear and while she was just seventh with two furlong to race, quickened well for jockey Shane Crosse to lead inside the final furlong and score a neck win over stablemate and 16/1 shot Total Euphoria.

Trainer O'Brien's father Aidan O'Brien had completed a similar 1-2 feat in the half hour earlier race and while both men were at Ascot today, Joseph O'Brien's assistant Brendan Powell later reported “he (Crosse) said everywhere he went he got turned sideways.

“She's won now and the other lad who was second is off to the sales.

“That's Shane 5lb gone now. He's given her a good ride and I think they've just outstayed everything else really.

“The ground has probably suited her. I think she'll improve enough for next year as it's only her fourth run. Her last run was moderate but her first two were okay.

“She'll end up staying further as well and hopefully she might be alright.”