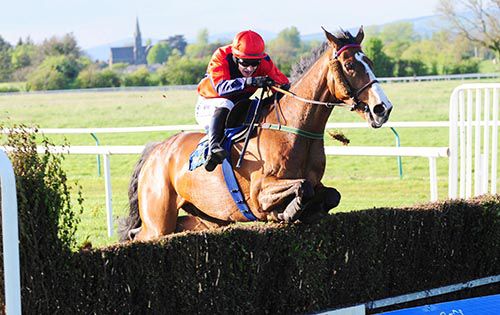 Prince Rudi (4-1) defied his advancing years with an impressive success in the Kilfeacle Stud 'Portrait Gallery' Handicap Chase at Tipperary on Thursday.

A useful handicap hurdler in his time, it was hard to believe the 12-year-old was winless from four previous attempts over fences as he always looked in control in the feature event.

Ian McCarthy pushed his mount 14 lengths clear of Ard Agus Fada, who got the better of Fitzgutentye for second place.

Snapped up by JP McManus after beating Cheltenham Champion Bumper fifth Vigil at Fairyhouse, the Tony Martin-trained five-year-old recovered well from a mistake at the second-last to run out a comfortable three-and-a-half-length winner from Poetic Lord.

The famous green and gold silks were back in the winner's enclosure in the next race as Give Me A Break landed division one of the Ryans Cleaning Event Specialists Handicap Hurdle.

Adrian Heskin sent his mount to the front early in the straight and the Scorpion mare responded well, pulling clear to record a seven-length verdict over Bye Bye O Bye.

There were plenty of runners still in with a shout entering the home straight but it was Mydor and Marshim that emerged from the pack.

They produced a thrilling finish and Shane Shortall got one over on Davy Russell as the 7lb claimer got his mount up by half a length.

Smokey Joe Joe and Clonbanan Lad (11-10fav) cut out the running for much of the race but had no answers as Tom Foley's charge cruised into the lead under a confident Paul Townend ride and stretched six lengths clear of the favourite.