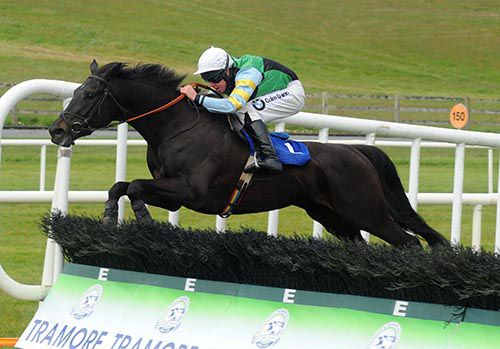 Le Vagabond bounced back to winning ways with a cosy victory in the opening Waterford and Tramore Hurdle this afternoon.

The well-backed 9/10 favourite (11/8 this morning) tracked the leaders before claiming front-runner Ciao Cielo after the second last in the two-mile contest.

The Edward O'Grady-trained gelding powered clear on the run-in to record a comprehensive five-and-a-half length victory under Andrew Lynch.

The winner had scored in good style over hurdles at Thurles last October but had failed to build on that on softer ground subsequently.

"He likes that ground and I think some of the others mightn't have liked it today. I thought the second favourite didn't enjoy it,” said O'Grady.

“He is owned by a syndicate from Galway so there is a fair chance he will end up in something there. I'm sure he will do something in the meantime and he'll probably mix it between the flat and hurdles.

“The bit of good ground makes all the difference to him. I don't think he should go up in the handicap for it as he was entitled to win it off his rating."