Elliott happy to put another on the board for Cheveley Park 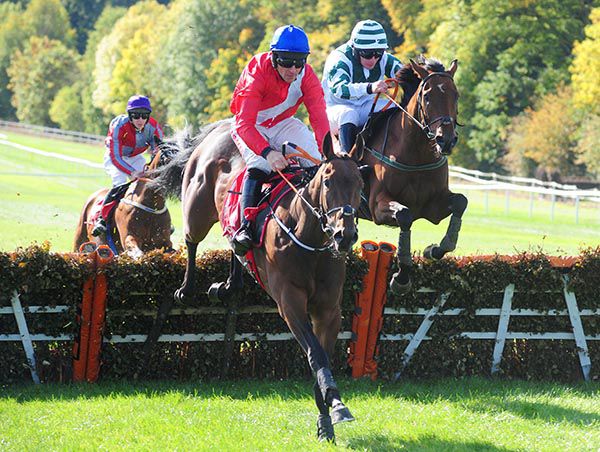 "The race was obviously left a lot easier for him when the other lad came down at the first," acknowledged Gordon Elliott after his Chief Justice took the opening Golf Memberships 2019 From 500 Euro 3-y-o Hurdle at Gowran.

Elliott also trains Elysian Plains (a 7/4 shot that was in front when unseating at the first) and there weren't too many concerns for the Cullentra House Stables favourite Chief Justice (4/5) afterwards.

The Cheveley Park Stud runner, formerly a Richard Fahey inmate, easily supplemented his Listowel gains, upstaging Its Paddys Day from before the last to the tune of five lengths at the line. Davy Russell did the steering.

"It was his race to lose but he'll learn a bit from the jumping," further reflected Elliott.

"We might go to Wetherby now. There is a Listed juvenile hurdle there in four weeks time.

"He wants better ground so he'll have a break then and will be a horse to come back for the Fred Winter. They are good owners and it's nice to get a few winners for them."

The Thanks To All The Frontline Workers From Cork Racecourse Handicap (Div I) was won by Youceeyouceecee (17/2, from 12s first show) completing a quick 40/1 double for Billy Lee.

Ashqar off the mark for Gilligan and Enright

The opening kilbegganraces.com Maiden Hurdle went to Ashqar (11/2) who got up on the line for a head victory over Grange Walk.