By Alan Magee The West Waterford Foxhounds have been in existence for well over 100 years, and are based in the heartland of Irish hunting and point-to-points on the Cork/Waterford border.

The Hunt is headed by Chairman Michael Browne, a native of Tallow, while there are also four Joint-Masters. Captain Tom Morgan, John Connery and Tim Beecher are also from the area, while Ben Hardaway from the state of Georgia in the USA regularly travels over to hunt with the pack.

Beecher is well known in showjumping circles while his son Paul plays an important role as a whipper-in. Captain Neil Forde carries out the duties of hunt secretary.

The West Waterford Hunt covers an area from the Tipperary border in the north down to the coast from Youghal to Dungarvan, and from the Cork border moving east across to Dungarvan. It is a varied countryside, and a group of at least 25 regularly turn out in the hunting season on Wednesday and Saturday.

One of the best loved characters from the Hunt over the years was Elsie Morgan, the late wife of Joint-Master Captain Tom Morgan. Elsie played a very active role in the Hunt for over 30 years, and sadly passed away in 2008. 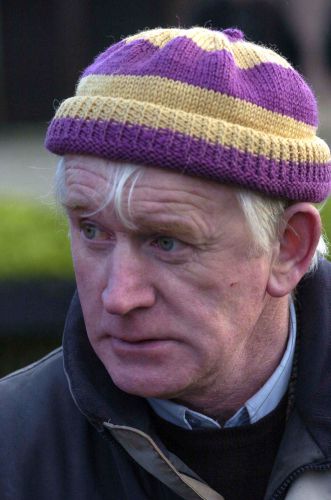 Jimmy Mangan
(© Healy Racing Photos)
Grand National winning trainer Jimmy Mangan, who holds the Tallow point-to-point meeting on part of his land, has fond memories of Elsie saying, "She was one of the greatest huntswomen of all times to go through the country. An unbelievable woman and she would always collect prizes at the Dublin Horse Show.

"It was her wish to be buried by the church just across from my place so she could look at the horses. Monty's Pass is out in the paddock every day just over the wall beside the churchyard."

The Hunt encourages the next generation by organising events for children as Mangan explains: "They do a lot for the youth in the area. It's a great way for the young people to start off riding and get experience. The day they have a kids meeting there would be a right crowd altogether, and the pony clubs do great work."

A number of point-to-points are run under the auspicious of the Hunt, namely Tallow, Lismore and Boulta. The Tallow meeting has been hosted by Mangan for "about the last 20 years" on a 50 acre site about a mile inside the Cork border on the banks of the river Bride.

This fixture has often proved a great pointer to exciting new chasing talent. In recent years Boston Bob beat Days Hotel in a maiden, while Realt Dubh also turned up at this left-handed circuit. 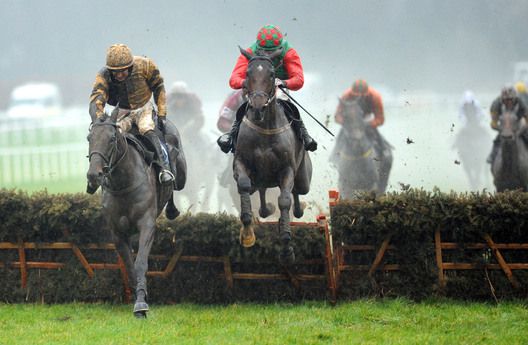 "It's very free-draining land and it's never heavy," said Mangan, who is as enthusiastic as ever about the game and sees no sign of the current economic problems in the country effecting point-to-pointing too severely.

"I would say the crowds and the number of runners are even bigger this year. There was such massive crowds at Dungarvan and Killeagh, and even Carrigtwohill did well despite a horrible day last Sunday," said the Conna handler.

"Monty's Pass won at Tallow before going on to win the Grand National for me, while Merry Gale and Idiots Venture were other good horses to run here. The first four-year-old maiden of the year is run here and at Belharbour on the same day, and it often throws up a good horse. Realt Dubh ran in it a few years ago. Because of that, all the top buyers like Aidan Murphy come to Tallow as this is a place to find good horses."

Mangan added, "Point-to-points are absolutely flying at the moment, and that's the way we want to keep it. Point-to-pointing is such a vital cog in the racing industry, and you can sell a point-to-point horse now easier than you'd sell a bumper horse."

The costs involved in running a point-to-point meeting are something that's increased over the past few years as Mangan explains. "The overheads are high, the likes of insurance, sure everything is money now. But there is a great volunteer aspect to the game and people are great for giving their time and help.

"The meeting raises funds for the Hunt but if there is a local charity that needs a help out then we do that as well."

Mangan's stables are used as a weigh-room for the Tallow meeting, while local trainer Sean Aherne provides space for lorries to park, and another neighbour Michael Dineen also provides car parking space.

The point-to-point Chairman Bill Ronayne, secretary Mike Tobin and assistant secretary Neilus Mulcahy all play a big part. "It's all voluntary work and they are all unbelievable people who have been involved for many years," says Mangan.