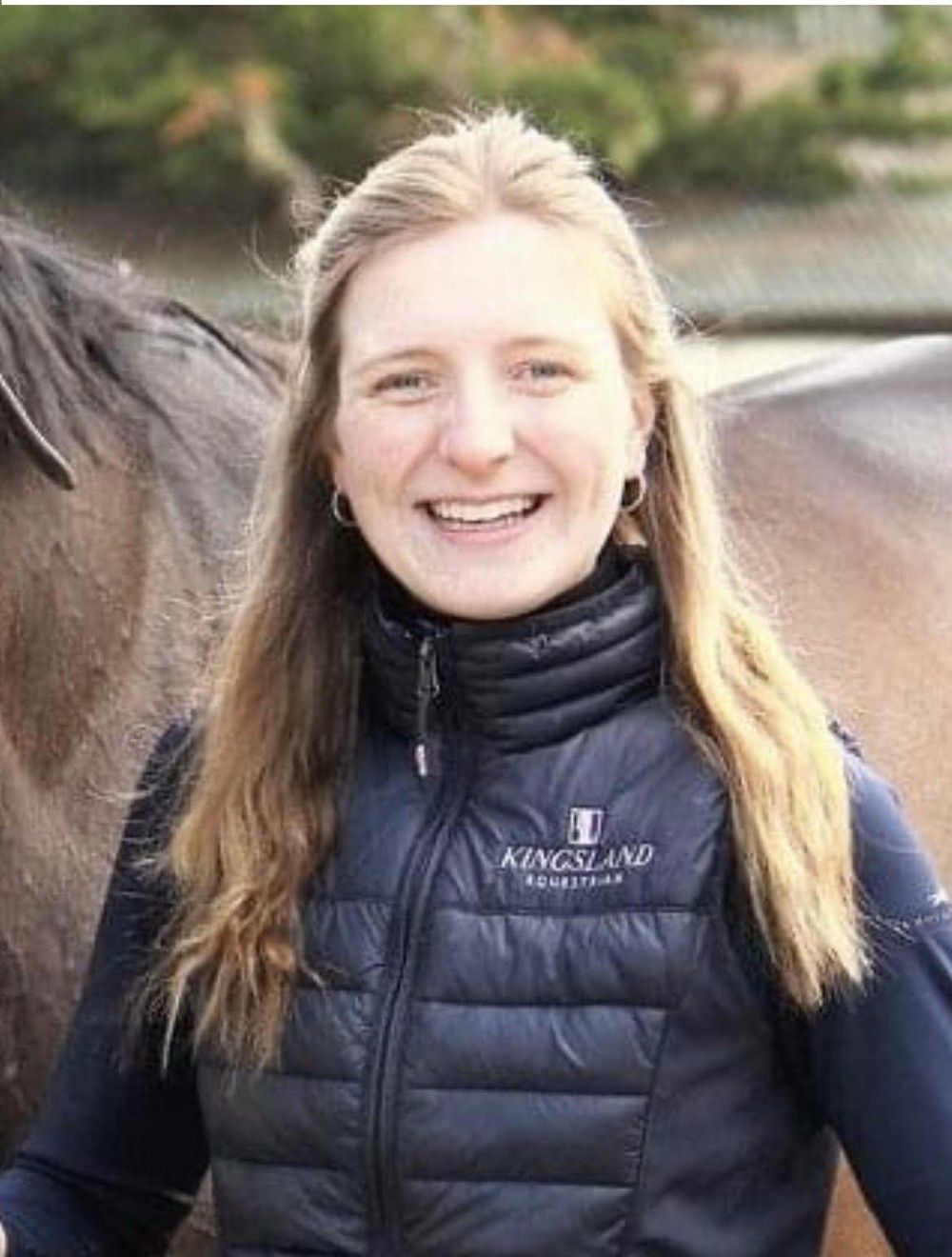 I grew up in Billericay in Essex and there weren’t many horses in that area but myself and my brother Jamie spent a lot of time in Ireland when we were young. My grandfather Vivian Kennedy was a jockey and then trainer on the Curragh and we always helped out in his yard when we went to Ireland on our holidays. He was a real inspiration to us and we both developed a passion for racing from that time.

My mother Sylvia worked as a secretary for Dermot Weld before moving to England where she met my father. Jamie and I learned to ride at a local riding school and he began riding out for trainers when he was 16 or 17. He went on to ride as a conditional over jumps and he’s currently assistant trainer to Charlie Hills in Lambourn.

As for myself, I went more the bloodstock route and did a course at the National Stud in Newmarket. I then worked for Juddmonte at Banstead Manor Stud, the home of Frankel, which was a great experience. I was involved in taking care of the mares and foals, including their rest and recuperation, and I learned plenty there as I did when I moved on to work at Ben and Lucy Sangster’s private stud operation where I spent a couple of years.

Given all the time that I’ve spent in Ireland, I’ve always felt more at home here and I was delighted to get the chance to work at Sycamore Lodge Equine Hospital on the Curragh in 2019. I worked there as a veterinary nurse and technician and it was often my job to prepare everything for surgeries. I met lots of trainers there including Aidan Howard who is now my partner. Our son Frederick was born fifteen months ago and, after taking maternity leave, I decided to work full-time at Aidan’s yard on the Curragh rather than returning to work at the equine hospital. It just gives me a bit more flexibility when it comes to combining work and looking after our son.

I basically work as assistant to Aidan. We’re based at Landfall Paddocks at Stepaside on the Curragh which we rent from James Burns. It’s not far at all from the Kennedys’ yard near Lumville. My grandfather Vivian sadly passed away four years ago but Kathleen is still going strong making racing silks which she has done for many years and their son Niall has a successful equine laundry business. Another uncle of mine, William, is a jump jockey as was Vivian junior before his tragic death in a fall at Huntingdon in 1988.

Aidan works really hard in the yard and he’s there first thing in the morning to feed the horses and he’s the last one to leave at night. At the moment we live in Monasterevin. The horses have been in good form and running well all year although it was frustrating to have so many seconds rather than winners. Magical Vision is a late-developing filly who did well on soft ground in the closing weeks of the Flat season. She runs in my colours and we’re excited about her for next year. If all goes to plan we’ll have her ready nice and early for the spring because she likes testing ground. We have some nice jumpers for the winter and a small team of horses for Dundalk.

I can ride but I do a lot of things on the ground at the moment including bringing on younger horses. We have six yearlings that are just getting started and I do a lot of the work with them. I also do a lot of the office and administration work and am on hand to liaise with owners. I go racing sometimes, especially when one of my own horses is running, but I’ll often stay put and run the yard if Aidan is gone to a meeting. We have a small and tight-knit staff and the aim is to get some more horses into the yard and get the most out of those that we already have. I really enjoy working with horses and it's brilliant to have the chance to follow my passion and be involved in racing.

My first experience with Dundalk Stadium was actually in 2007 when I worked in the Tote. It was thrilling and I really enjoyed it. There weren't a lot of hours in the Tote, but I enjoyed that side of it so I ended up in Bar One Racing. I worked in the shops and I did the on-course shop at Dundalk Stadium. I worked for Bar One Racing until I left there in August 2014. I loved the work in the bookmakers, but it was long hours and weekends, and I have a family, so I actually got into business insurance. I worked my way up there and I enjoyed it. It was a stressful environment and I thrived on it, but nobody growing up says they want to sell insurance! I was in charge of sales and marketing and that is where I learned a lot of my business knowledge.

I was born and bred on the Curragh and my parents were involved in racing all their lives. My father rode as a jockey and then worked for Mick O'Toole and also Con Collins before going to Kildangan Stud. My dad rode Height O'Fashion - she was second to Arkle in a photo finish in the Leopardstown Chase (in 1966). She had 9st 7lb and Arkle had 12st 7lb and that picture is still on the wall at home. My mother also worked for Mick O'Toole back in the heyday when he was having plenty of Cheltenham winners in the 1970s into the 80s. I suppose that is where the interest in racing probably started off. There were always ponies around at home.

I’m excited to be going into a new business venture with my weighroom colleague Gary Halpin. We have rented Ulundi Lodge on the Lumville side of the Curragh from Kathleen Kennedy. Her late husband Vivian used to train from there and my former boss Michael O’Callaghan used it as a second yard in recent years.

I'm from Kildare Town, just outside the Curragh and I turned 20 in September. I have a family background in racing - my dad and both my grandads were jockeys. My grandfather, Peadar Matthews, won a couple of Classics and my dad, Anthony Powell, won the Irish Grand National on Maid Of Money in 1989. I got into racing through the Racing Academy and Centre of Education (RACE), actually. I had no racing background, as in riding, as I had never ridden racehorses or anything like that as a child. I sat on ponies a bit at a riding school as a child, but I had never sat on a thoroughbred or been in a racing yard and ridden racehorses until I was 16 or 17.