World Pool is great for racing 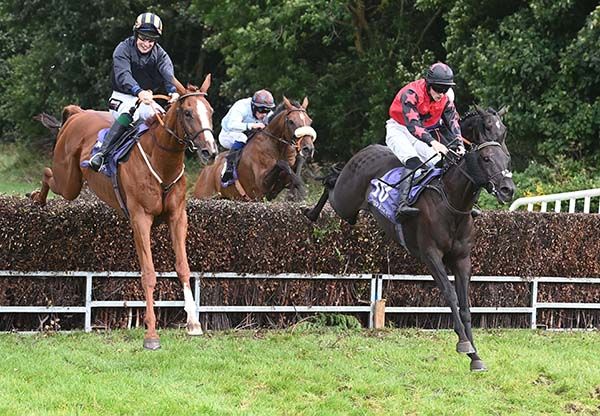 As punters know it’s extremely difficult to predict the future, but it doesn’t take a genius to work out that racing in Ireland is likely to come under increasing pressure over the next couple of years. Attendances are falling across the board, inflation is rising at an alarming rate, proposed new gambling regulations threaten to impact already declining sponsorship and all the while the security blanket of Government funding is in danger of slipping with Sinn Féin continuing to top the polls.

The funding model for the industry depends almost entirely on Government handouts and it’s hard to see a Sinn Féin led Government sanctioning the same levels of annual grants that we have seen under successive Fine Gael and Fine Fáil Governments.

The precarious situation the industry finds itself in is somewhat of its own making. For the last two decades it has facilitated the rise of corporate bookmakers to the detriment of its own betting arm - Tote Ireland - focusing instead on securing ever increasing levels of Government funding to sustain the sport.

Ironically, the one chink of light for Irish horse racing at the moment is the Tote World Pool which we saw in operation at Leopardstown last week.

Despite the global rise of betting behemoths such as Bet365, Betfair and Paddy Power, racing jurisdictions with a strong Tote have prospered during the same period. France, Hong Kong and Australia have their racing on a solid financial footing thanks to profits from their industry-controlled Totes filtering back into the sport.

The Hong Kong Jockey Club are the standard bearers when it comes to building a sustainable sport around Tote betting and it has been through the foresight of their progressive CEO Winfried Engelbrecht-Bresges that the World Pool concept got off the ground four years ago.

The basic premise for the World Pool is simple - get as many punters as possible to bet into the one pool and the lure of the added liquidity will encourage even more to do the same. It is a win-win for both punters and operators. The punters, regardless of whether they are winners or not, can bet to whatever level they wish in the knowledge that their wagers will have no effect on the dividend while the operators benefit from their share of the increased pool sizes.

Twenty countries are currently betting into these World Pools and the numbers involved are staggering. Last week’s Leopardstown card saw Tote World Pool turnover of €29.5 million on the eight races.

The Tote World Pool deducts over 17.5% from that total and pays the remainder out to winning punters. That is potentially €5.16 million of revenue generated from one day’s racing in Ireland.

Tote Ireland and its operating partner Tote UK don’t quite get 17.5% of their share of turnover as they are currently running price matching promotions - they guarantee to match the SP price on win dividends - and in the UK Tote Account holders benefit from a 10% bonus on win bets, but this doesn’t diminish the potential of World Pool for the sport.

Through the selling of Media Rights to the international operators betting into the World Pool at Leopardstown the racecourse will pocket in excess of £500,000 for the day.

While World Pool has been in operation for four years this is only the second year that an Irish race meeting has been on the roster of race days. There are currently 22 World Pool days in the year, 16 of which are in the UK.

The number of World Pool days is determined by the organisers, The Hong Kong Jockey Club, but they are in turn restricted by the Hong Kong Government who must first give approval for a set number of international race days to be simulcast to their population.

Around 70% of the turnover on World Pool is generated by Hong Kong punters so they are key to the future growth of the concept.

It will be fascinating to see how World Pool develops over the coming years, but the potential is massive. Imagine if we could get to a stage where two meetings a week from Ireland were included in World Pools. In Media Rights alone this could generate almost the same amount of money annually that the Irish Government is currently stumping up in funding for the industry.

A strong Tote benefits everyone across the industry and it’s certainly positive to see some green shoots finally beginning to reappear in this area.

Changing the subject, in Ireland at least, it’s unusual to hear of a trainer retiring, like old soldiers they normally just fade away. With that in mind, it was somewhat surprising to hear Robert Tyner announce on the 5th May that he intended to pack it in after 30 years, citing “staffing problems and rising costs” as the reasons for his departure.

Just a matter of days after Tyner’s announcement it emerged that he had been in trouble with the Irish Horseracing Regulatory Board over a positive sample and was fined €5,000 as this was his third such offence in as many years. The Referral Committee was scathing in its summing up of the Tyner case stating that “It appears to us that this was a self-diagnosis and a self-administration of a medicine which was prescribed to you for a different animal and for a different condition and that borders on recklessness in some people's minds.” Taking into account that this was the trainer’s third such breach in three years they concluded that “it had crossed our mind to suspend your licence but on this occasion we are not going to do that.”

The Referral Hearing was held on the 25th April but its findings were not made public until 11th May, some six days after Tyner announced his intention to retire. The results of Referral Hearings are normally published within one to two days of the Hearing taking place.

We don’t know whether the decision not to suspend Tyner’s licence on this occasion was made prior or subsequent to his announcement that he intended to retire, but it’s notable that he is still training winners in mid-September.

The divide between the popularity of National Hunt racing and the Flat racing with the public seems to be becoming more pronounced as the years go by.

This last week has been a week like no other. It began with the tragic death of a young boy chasing his dream to become a top jockey and ended with another young man who had the very same dream landing his first Group One at the Curragh.

As a mark of respect to Jack de Bromhead and his family there will be no blog this week.

An IHRB Referral Hearing last week poses more questions than it provides answers. The case involved a horse named Laugh A Minute, which during planned pre-race testing at a meeting at the Curragh in June, was noticed to have a recent venepuncture wound with traces of blood indicating the horse had recently received an injection. Under the rules of racing no horse is permitted to receive any substances except food and water on the day it is racing.