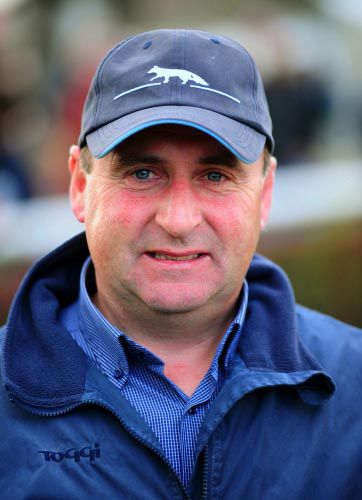 I actually think I did that with Sunchart for the Derrinstown Stud Derby Trial. Before that, the gallop-watchers were watching when he did a gallop up the Old Vic and they were seriously impressed. But he might have left his race there. I might have done one gallop too much because it was his first race back and we have always liked him and we wanted him to be ready to run a big race.

Apart from that though, he did come out of the race lame and he missed a week. Since he has come back, he has been going very well. My nephew William rides him every day and couldn’t be happier with him. Ben (Coen), who will ride him in the race and is also a nephew, did a piece of work on him on Tuesday and was also very happy. So that’s why we have given him the go ahead.

His form is as good as anyone’s in the race really, once you draw a line through Leopardstown. I came out of Listowel after Santiago beat us last September convinced he would never beat us again. Santiago had run twice and it was our first run.

We then went on and won our maiden by four lengths and Santiago didn’t run again until winning at Royal Ascot last week. Now he’s favourite for the Derby and we’re 33/1. But that’s because of the Leopardstown run and you can forget about that. I think he’s in great order.

The horses have been running well and it was nice to get on the board with War Flight last week. We have gradually increased our operation and while we are always thinking about selling, because that finances the whole thing, our quality has improved, especially on the flat, thanks to Pat Garvey. He is in the game for the sport, he wants to run his horses and doesn’t have any interest in selling them. So that is great for us. It would be brilliant if he could be rewarded in the Derby but we have had some great times together.

We have a nice team of horses for the season but I suppose everyone says the same, they are happy with what they’ve got but we have some really nice horses that will be competitive in the really good races.

We are a real family operation and there is great satisfaction in that, and we have gotten great fun out of Ben and my son Andrew doing so well as jockeys. It all adds to it. But we only put them up because they’re the best men for the job. We want to win so we wouldn’t be giving them the rides just because they’re relations.

So I have no worries about Ben riding in his first Derby at such a young age. A lot of jockeys will be having their first rides in the race but Ben is cool. He’ll be fine and will ride the race as he sees it. Whatever way Ballydoyle decide to dictate it, he will adapt accordingly. It will be about where the horse is comfortable in the race. 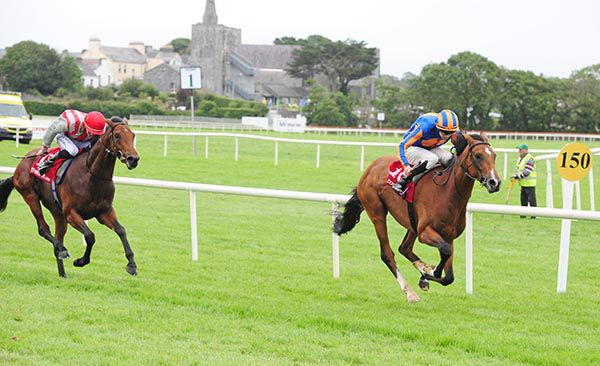 We had been hoping for rain and there was to be plenty but now it doesn’t look like coming. He will be fine in the ground but he acts with an ease and that mightn’t have suited some of the others.

This has been a strange year and that is why it is such a big field. We have to take our chance. It would be ideal if we got a little more time but it’s an Irish Derby and you don’t get too many chances.

So we’re going to try and take ours.