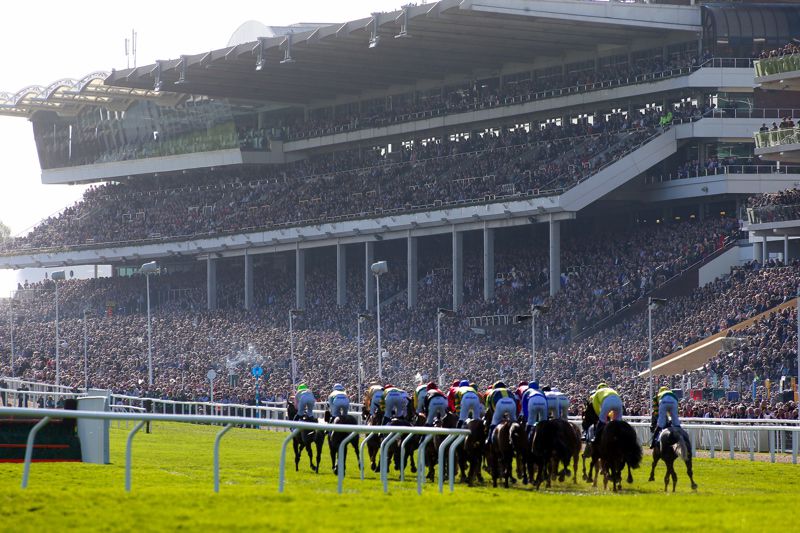 Take Allaho for instance, the reigning Ryanair Chase winner heads the ante post market for this year’s renewal and it must be 1.01 that if he lines up for any race in the Cotswolds this March it will be for the Ryanair. Yet his trainer has also entered him for the Champion Chase and Gold Cup as well.

I’m struggling to work out any scenario whereby Allaho might run in either of those races in preference to the Ryanair. Allaho is the ultimate Goldilocks horse, two miles too short, three miles two furlongs too far, two miles five furlongs just right. He is 0 from 2 at two miles, 4 wins from 6 over 2m4f/2m5f and just 1 win from 5 attempts at three miles and has never even been tried beyond three miles.

If Allaho was in the ownership of his wife Jackie I doubt the Champion trainer would have entered the horse in any race at the Festival other than the Ryanair, but of course in this instance Cheveley Park Stud are picking up the bills. The wealthy English owners will hardly grumble over a couple of grand if the eight-year-old bounds up the Cheltenham hill 12 lengths clear like he did last year but it’s difficult to see the logic in his multiple entries.

One horse Allaho won’t be facing in this year’s Ryanair is the 2019 winner of the race, Frodon, as the Paul Nicholls camp have decided not to enter the horse at the Festival. Nicholls has had a rough time at Cheltenham in recent years as the Irish-trained runners have dominated across the four days but it seems a strange decision to leave one of his star performers off the team sheet this far in advance of Cheltenham.

The popular ten-year-old looked as good as ever at Down Royal in October when beating the reigning Gold Cup winner Minella Indo and another leading Gold Cup contender Galvin. Frodon would likely slot in as second favourite behind Allaho for the Ryanair Chase had he been entered. And it’s not as if Nicholls has shunned the Festival entirely, he made nine entries for the initial three races that closed last week.

On the subject of the Irish-trained dominance at Cheltenham I wonder if we are nearing a tipping point where it will become more advantageous to send the better novices to be trained in Britain. The Irish National hunt scene is chock-a-block with high class horses trying to avoid each other and as we have seen recently with Grade 1 bumper winner Kilcruit it’s not straightforward trying to win a maiden hurdle in Ireland these days.

The prize money may be better in Ireland but it’s more than matched by the level of competition, and as most of the mega-rich owners have little interest in prize money in the first place it can only be a matter of time until they shift some of their stock back to Britain for easier opportunities.

Another interesting aspect to this year's Cheltenham Festival will be to see how many Irish punters make the journey. Despite the likelihood of full capacity at the venue in March it’s still a major gamble booking a trip in these Covid times. I was forced to cancel a trip to London at the eleventh hour last month due to a positive PCR test. Luckily I got everything refunded except the flights with British Airways - they have given me a voucher to the value of the ticket. Then my wife and daughter had to cancel a trip to see a show in the West End earlier this month because they couldn’t source a PCR test in Ireland 72 hours before travelling. In their case they couldn’t risk failing an antigen test in the UK as it would have meant them spending ten days in quarantine over there. Again they got most of their trip refunded except the Air Lingus flights for which they are still awaiting a voucher.

The Irish government has since done away with the PCR/antigen requirement for travel but it’s impossible to predict what the situation will be in mid-March. The one guaranteed route in and out of the UK for Irish travellers throughout the pandemic has been via the North but choosing that option for Cheltenham would certainly turn the trip into a proper pilgrimage for those of us living in the south of the country.

Vincent Finegan's Latest Blog. Racing would be lost without Rachael