Are there more Viking Hoards waiting to be found? 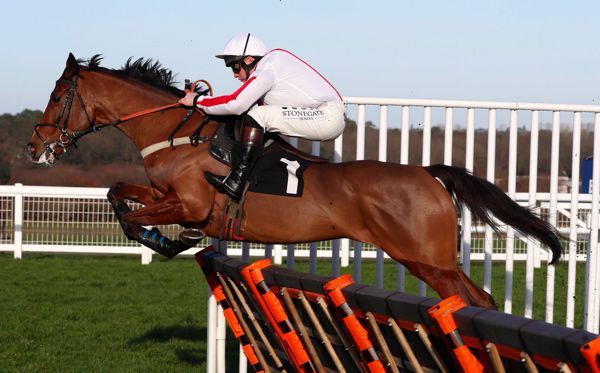 The purpose behind the press conference was to explain their findings and answer any questions the journalists may have had in relation to the case. It was also an opportunity for the IHRB to reassure everyone that “racing is clean.”

Several times during the press conference Denis Egan (CEO of IHRB) and Dr Lynn Hillyer (Chief Veterinary officer and Head of Anti-doping) stressed that the sedation of Viking Hoard at Tramore in 2018 was the first case of its kind in 30 years. Dr Hillyer said: “It’s a one off.” Denis Egan said: “it’s an isolated incident, not something we have concerns about aside from the Viking Hoard case.”

Dr Hillyer has been with the IHRB for five years. In that time, she has been involved with 60 cases relating to anti-doping, but this is the only time where a horse was detected to have been sedated prior to running in a race.

Viking Hoard’s nobbling was discovered because samples from the horse were sent for analysis after it ran poorly at Tramore. Samples are routinely taken from all winners in Ireland and from approximately 200 other horses during a year which “run unaccountably badly.”

There are some 30,000 runners a year in Ireland so the random testing of horses that “run unaccountably badly” equates to one test per every 150 runners.

During this month alone there have been 35 unplaced favourites, many of which would fall into the category of “ran unaccountably badly” but of them only Direct Fire had samples taken for analysis.

Gorki D’airy is a case in point. This 5/4 favourite pulled up in the race in which Cregane Ned finished third at Thurles. The stewards requested the IHRB Vet to examine Gorki D’airy and it was found to be “post-race normal.” The stewards then heard from rider Patrick Mullins who reported his mount “never travelled.”

When Viking Hoard pulled up at Tramore in 2018 rider Kevin Brouder similarly informed the stewards that Viking Hoard “never travelled.” The stewards requested the IHRB Vet to examine the animal and it was also found to be “post-race normal.”

Up to this point these two incidents appear identical but the difference was that samples from Viking Hoard were taken for analysis but no such samples were taken from Gorki D’airy.

Without the samples from Viking Hoard being tested we would have never known that he was nobbled.

With only one horse out of every 150 runners randomly selected for testing and if this selection process does not actively target horses like Viking Hoard it’s not that surprising that only one such incident of a horse being sedated has ever been detected.

I don’t know how much it costs to get samples tested but as the IHRB Vets are already examining a significant proportion of horses that “run unaccountably badly” it would seem prudent to take samples from each of these animals for analysis. If there are other Viking Hoards out there it’s the only way they will be discovered.

Looking ahead to Cheltenham, I must say the build-up to this year’s Festival has been a slow burner for me. Normally I would be getting excited about it from Christmas onwards. In my job much of my year revolves around those four days - sorting out content for the site, dealing with advertisers, arranging to meet business contacts, colleagues and friends over there next month. But this time around Covid has put a real damper on all of that.

It's the first year that I haven’t had a single ante-post bet and up to last weekend I hadn’t seen any horse that I was particularly excited about. Then Goshen roared back into the Champion Hurdle picture with a scintillating performance at Wincanton.

Goshen was Golden Cygnet-esque at Cheltenham twelve months ago before a series of below par efforts had relegated him to mere flash-in-the-pan status. Now he looks back to his Triumph Hurdle best and I can’t wait to see him bring his A-game to the Cotswolds in three weeks.

I needed a horse like Goshen to reignite that spark and all of a sudden Cheltenham feels like Cheltenham again.

What an incredible week the Willie Mullins’ stable had at Punchestown. A staggering 19 of the 40 races were won by Closutton trained horses. This utter dominance is even more pronounced when you consider that the stable had no representatives in 8 races across the week.

There is nothing HRI loves more than a flattering survey. Last week they published figures from the latest poll conducted by Red C in early February which indicated among other things that “40% of the population would have some interest in joining a syndicate or racing club.” Those figures might have been very different if the survey was conducted three weeks later during Gordongate but are nonetheless impressive.