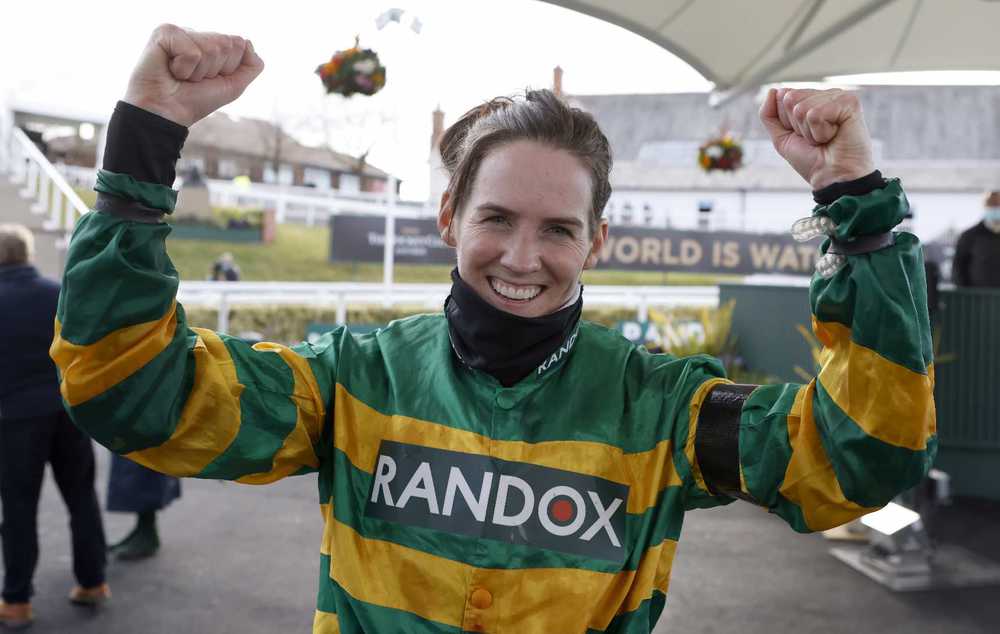 As a father to two daughters I have seen first-hand how female role models have influenced my girls in their respective areas of interest. My eldest daughter is involved in the Arts and has studied extensively the work of Serbian conceptual artist Marina Abramovic, while my younger daughter is passionate about fashion and is besotted by 1950s American costume designer Edith Head.

It is not by accident that girls seek out female role models in areas they are interested in. In almost all aspects of life it’s much harder for women to succeed. They are encumbered by glass ceilings and finding a woman who has broken through is understandably inspirational for them.

Racing has traditionally had more than its fair share of glass ceilings. Despite huge numbers of women working with horses across the industry only a handful ever make it to positions of prominence. Whatever about the training side of the game, there was always a stigma attached to female riders. There was a long-held perception that women simply weren’t physically strong enough to compete on equal terms with their male counterparts. Rachael and many of her contemporaries have proven that to be utter bullshit.

A handful of talented female jockeys have managed, against all odds, to alter that perception over the last decade. Nina, Katie, Bryony, Hollie, Hayley and Rachael. That they’re all instantly recognisable to racing fans by their first names shows how few of them there actually are.

But Rachael is different. Not only is she competing as a professional jump jockey, but she is doing so at the very highest level. In my opinion she is the best rider, irrespective of gender, in the National hunt game at the moment.

The after-race analysis of the Grand National on TV on Saturday showed a litany of hard luck stories and narrow escapes by horses and riders as you would expect in a 40 runner - 30 fence marathon. But there was none of that when it came to Rachael and Minella Times. As is invariably the case when she wins, there wasn’t the slightest moment of concern for her supporters. It’s like she has developed a sixth sense and is always in the right place at the right time.

Regardless of her ability, it was always going to be a game-changer when a woman won the biggest horse race in the world. Generations of girls to come will cite this victory as the catalyst that sparked their initial interest in horse racing. But when they delve further into Rachael’s life and career they will see an ordinary, unassuming woman with an exceptional talent. A talent that was created through hard work and dedication rather than some divine gift. She is the ultimate role model.

Apart from the National, Aintree was a poor imitation of Cheltenham in terms of the quality of horses on show. The main reason was obviously that the best horses are trained in Ireland and none of them turned up.

Without taking away from some of the individual performances many of the Grade 1s were simply not up to scratch. To see a horse that won a Grade 3 Cheltenham handicap off 10st come out three weeks later and hack up in a Grade 1 contest at Aintree is a bit of a joke.

All Grade 1s are clearly not equal and their overall value is being undermined by either high-class horses getting a solo, or sub-standard contests. Perhaps a quick fix, rather than reworking the entire structure of Graded races, would be to retrospectively re-classify certain races at the end of the season. Without devaluing any race, which would be unfair to connections of winners, certain races could be given a star rating to indicate a truly high-class contest.

Lastly, the plight of British National Hunt racing is shocking. To think that only three British-trained horses managed to finish the Grand National course is unbelievable. Add to that the demolition job done by the Irish-trained A-team at Cheltenham and B-team at Aintree and there would seem little point in them sending any participants to Punchestown.