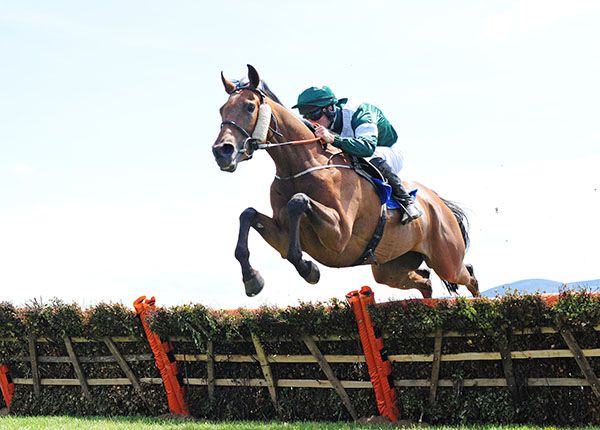 Two weeks on and the inaccurate race distances have been addressed with daily updates on alterations made to track layouts and the resultant impact on individual race distances. A very welcome response to a long-standing problem.

However, the statement released on Tuesday in relation to the suspension of Charles Byrnes’ training licence was ground-breaking in many respects and sets a new high standard for the IHRB going forward. It bucks the long-established practice of only feeding scraps to the racing public about stewards' inquiries.

The investigation into the ‘nobbling’ of Viking Hoard at Tramore in October 2018 took over two years to complete and, while Byrnes’ direct involvement in any wrong-doing was not proven, he was deemed as responsible for all matters concerning the welfare, training and running of his horses and was ultimately found to be negligent in the supervision of his charge at the racecourse and had his licence withdrawn for six months.

The IHRB statement, which totals 14 pages, and can be read HERE, details every aspect of the investigation into the doping of Viking Hoard at Tramore and also raises some important questions into how wide-open racing is to such unscrupulous individuals as those that profited from this criminal act.

Besides the actual doping of the horse which put the safety of many people at Tramore that day at risk, not least jockey Kevin Brouder who could have been killed, it was the betting patterns that were particularly disturbing.

Viking Hoard was laid for considerable sums on the Betfair Exchange on three consecutive race days including the day in question at Tramore. These lay bets were all initially placed by an individual ‘in a distant part of the world’ through a limited liability company which in turn placed the bets on the Exchange. This shady individual is also known to have previous involvement in ‘match fixing.’

The big question that needs to be asked of Betfair is how this is allowed to happen? It would also be helpful to know what other horses this individual has placed lay bets on in the past. Was it just this horse Viking Hoard three times in a row or is he doing this on a regular basis, and is the outcome always the same?

As the IHRB pointed out “this case illustrates the specific and additional challenges and dangers to the integrity of racing posed by the widespread ability to back horses to lose for significant returns. The desirability of this practice or how it might be better controlled within the available regulatory resources is worthy of further, constant review.”

While this IHRB investigation was both thorough and costly in terms of time and resources, it ultimately failed to convict anyone for the crimes committed on the day at Tramore and that has to be a worry for the sport. As it stands, there is nothing in place to stop this exact same incident happening again. For all we know it may happen regularly. We certainly see enough alarming drifts in the betting market to suggest everything isn’t always right.

It’s virtually certain from the findings of this case that Viking Hoard was administered a sedative while in the stable yard at Tramore. Unfortunately, there was no CCTV in the stable area, so we will never know who carried out the dirty deed.

This is not the first time that a lack of CCTV evidence from the stable yard has impacted an IHRB investigation. A few portable cameras set up on race days in the stable yards could easily solve this problem and avoid similar situations in the future.